Emmanuelle is born in Paris in 1955, daughter of Arts, from an ancient Noble Family of Spain, with a passed full of illustrious characters like her ancestor: The Marshal Deodoro da Fonseca, first President of the Brazil Republic; her grand-mother Solange de Fonseca, painter and fashion -designer from Coco Channel: a very famous father, Douta Seck (international Actor of cinema and theater), from Senegal, with creations for theater in Paris like: (The Tragedy of the King Christopher) ect? and so many movies as : "The Comedians", with R.Burton and Liz Taylor, "Rues Cases Nègres", "Amok", "Pètanki", "The Mahabharata" of Peter Brooks, Productions Walt Disney?ect..
Her mother Marie-Louise Vidal de Fonseca is a writer at the Robert Laffont's Editions, also Radio and TV Producer. She writes even Negro-Spirituals and musical comedies, for John William, John Littleton and so many others?

1960: her first step on a stage is at 5 years old, in the Parisian Theaters with broadcast and television parts in her mother?s transmissions;

1970: she recites poetries and sing in her mother's shows, where Michael Jackson and his brothers are performing, as the "The Jackson Five", with also Henri Salvador, Moune de Rivel, Gilles Sala, Bob Gomis, Matt Samba ect?

1972: she starts a French Tour, with her band of Folk Song composed of 8 elements, interpreting the Joan Baez and Bob Dylan's repertories: meanwhile she learns how to play guitar and piano:

1973: she's taking a lyric formation as singer and studies Dance at the Academy of Victor Upshaw for many years, till becoming a Jazz-Choreographer; subsequently she is working in Recording Studios with: Manu Di Bango, David Alexandre Winter (Oh Lady Mary ECT...)
She participates, as Ballerina to the telecasts Cadet Roussel, conducted by Guy Lux: She sings in a Jazz club of the American Legion, accompanied by the very known Pianist Bob Vatel: Then a tour of 3 months in Tunisia, Algeria, Morocco, with the singer Bonga from Angola, as singer, dancer and performs with many Artists from the Afro-Brazilian Music.

1975; she receives that year from her Singing Teacher Academy, Renée Darcoeur, from the Opera of Paris, a Lyric Award, to encourage her young carrier.
She creates a new Group "Chocolat's) with 6 dancers, after having prepared a single called "Brasilia Carnaval", (success of the Ring- Parade TV. Show, for 2 years); the El Bimbo, Ritmo Tropical, La Bamba, La Madrugada (47 million records).
She studies French and English Literature, (lover of Shakespeare and Bernard Shaw) and her passion is still now to learn languages like:
English, Spanish, Portuguese, Italian, German, Lingala, Swahili and Wolof?.

1976: she forms the Group "Hot Sauce" and records, as lead vocal, inside of 3 LP: ("That's the way, Get up and Boogie, Fly Robin Fly"), adding 2 singles; "Conga Conga and Voodoo Dance", (39 million records): She creates a duet with Mort Shumman(Allo, Papa Charlie Tango!).

1977: she has the idea to put 3 vocalists together: "Hurricane Fifi" with René Parker, Christ Bale, and Managed by; "KATIA PROMOTION" with Jean-Paul Laleu: an LP for the R.C.A. Records, taking the name "Cheero" is titled: "Stop that man" (4million records). She starts a tour in Spain (Barcelona, Madrid, Toledo, Benidorm, Alicante, and Burgos).

1979: Jean-Claude Ako, new producer of the Baby Records of Milan, co-edits the LP "Difference" with the hit called "High fly)
LP with Polydor Records, "VOYAGE" with the great composer Slim PEZIN, titled "From East to West" (121 platinum records); she come in Italy for the first time, performing at the R.A.I. Turin, invited at the Sandra Mondaini Show.

1980: African tour in Zaire in TV Shows, Theatres and the "20 may Stadium" (Kinshasa), with an audience of 60 000 persons. Then a tour in Europe, in Holland, Belgium, Germany, recording in the Donna Summer's studios, with the Boney M., some hits of the Disco Music industry?.

1981: An Album of Reggae music composed and produced by her husband King Joe Bale. All the songs are illustrating the Ennio Morricone?s Movie called "Forte, forte":
New International Tour for six months, as "Guest Star" of the "FAMOUS PLATTERS" Show, in 17 African countries like; Centre Africa, Cameroon, Senegal, Ivory Coast, Kenya, Zaire, Guinea, Morocco, Thad, Mozambique, Togo, Benin, Nigeria, Mali, Mauritania, Algeria, Tunisia, with a band of 20 elements: invited to perform at the President El Hadj Omar Bongo's Presidency's Palace, in Libreville(Gabon), and the same situation in Guinea called by the President Sekou Touré, singing also in various Stadiums: she represents the Senegal at the first "Africavision", in Libreville, having Manu Dibango as Chief Orchestra, winning the 2nd premium?
She will have the chance to meet her father the Great Actor Douta SECK on the Set of "Amok" by Ben Barka, working also with Miriam Makeba.

1982: Guest Star of "The Winter Circus of Paris", in company of Ophelia and Gordon Henderson, then 10 days at the "Mutuality Theatre" of Paris. She is invited to sing in the Theatres of Berlin, Düsseldorf, Frankfort, and Köln!
Return in PARIS participating to the Collaro's TV Show:
At the end of that year, she gives birth to her second child KELLY-JOYCE, taking the great JAZZ Singer Karen BRAITHWAITE-YARN (Singer of the Platters), as Godmother of her baby.

1983: she's back on stage for some video-clips, TV Shows, Radios interviews, noticed in 25 countries and organized by Jean-Claude Courrent.

1985: a double LP with Youssou N'DOUR called "NELSON MANDELA"
A double LP with Alpha Blondie (Brigadier Savary, Apartheid is Nazism, ect?.)
One month on stage with her sister Laurence Darpy with the Alpha BLONDIE Show at the Zenith (Paris) singing with the Bob Marley's musicians "the Wailers".

1986: various tours and shows in the all EUROPE: Spain, Holland, Belgium, UK, Luxemburg, Germany, Denmark, Switzerland, and the Stadiums of France.

1987: she interrupts voluntarily her career for 6 years.

1993: she gives birth to her second passion, her daughter, KAIGé-JEAN.

1994: she writes with her husband, and Nando Guerra, a project for her daughter Kelly-Joyce titled "Codenda Monie" who is only 12 tears old. It will be published in Italy, with success.

1995: returns with "MIDNIGHT LOVER" Single for the Acquafan:

1997- 1999: new contract with the Promo-Music, and the composer, Nando Guerra "JKW Records"
With a Single "Check it out" (Dig it Distribution)
1 Album titled "All 4 Love", with her own personal songs!
"Café Montparnasse, All 4 Love, Finally Free (3 versions), Wild Cay; Touch me again, Keep on, Ayo Ayo, Yoo hoo, Run run run, Kindness". She becomes, with this new creation, member of the "Society of the Gens de lettres de France".

1999: end of the year, she decides to settle in England with her 2 daughters, to make them study?

2000: coming back in Italy, she prepares a recording project for Kelly -Joyce, who will start her career with the famous "Vivre la Vie", written by Paul Manners, D.de Benedettis and Emmanuelle for the lyrics, at the Universal Music Italy. That enormous success makes them stay in Italy to realise the new CD of "KELLY-JOYCE". She signs a new contract for 5 years with the "BLUE APPLE PRODUCTION" of MARIO SECCHI.

2001: Comes out the new CD OF "Kelly-Joyce", with the Falcon Valley's Studios, and September records at the Universal Music International, where she writes the lyrics, with the Composers Paul Manners, and Ennio Rastelli, including: Au loin de toi, Toits de Paris, Cherchez la femme, Doudou mwin, Avec L'amour, Monde Noir, The Tree, Vivre la Vie ECT? Meanwhile, she prepares a CD with12 songs; a mix of Latin- disco- music, with funk bossa-nova and lyric.

2002-2003: this original LP is written with Italian arrangers and composers like;
Ennio RASTELLI, G. ZANCA, ALESSANDRO SECCHI E SALVATORE NASEDDU! Produced by A.Secchi, S. Naseddu, and Mario Secchi "Blue Apple Production"?..
Many original songs like: "Medley 70's, El Nuevo Cha cha cha, Se tu eres, You and me You need Love, Day by Day, Parapapa, Mi carino, Femme du Sahel, Fly?.In the summer 2002, Bobo Vieri chooses her song "You and me" to insert inside of his compilation for the Melodica Records.

2004: she takes a year to dedicate to Kelly-Joyce, writing with a new team of musicians; Gian-Maria Flores and Lorenzo Sebastiani, different songs in a CD, titled "CHOCOLAT", with the Rolando d'Angeli's Production(MUSIC SHOW) of Rome; distributed by the Universal Music International.
2005 : a new Hit, with a video-clip, "C'est l'Amour qui vient", is written by Emmanuelle, with the composers; Ennio Rastelli, Christian Piccinelli , Lorenzo Sebastiani.
She is writing 2 Musical Comedies with her mother, Marie-Louise Vidal de Fonseca?..
A new fusion is born with Ombretta Farolfi and they created the Artistic Agency:"El Cobra-Promotion/Venus Management", taking as emblem, the name of "El Cobra Velho" her ancestor, Corsair of the Queen Isabelle of Spain?.Look at the Site;
www.elcobravenus.com

2005: Spring is a revelation, with a travel in Senegal, with the purpose to go back to her roots, get close to her family, and meet Mrs. N'Daiye N'Diop, Minister of Culture and her Chief of Cabinet,Mr. Mor FALL.

September 2005 : come back to France with her daughter Kaigé-Jean!

2006/2008 : Various Shows in France and Belgium!
GET READY!!! In 2009, UNESCO, Charged of Mission of the CMDP.
2010: Conférence at the Sénat working with the CMR.
Single " café montparnasse" presented at the MIDEM of Cannes.
3/4 of April 2010 DAkar for Monument of Renaissance
June: nominated Vice-President of the HARMONY DAY of Mr. PHAM VAN NGHIA in Paris.
The FESMAN 2010 (DAKAR)in december has celebrated her father's career DOUTA SECK!
2011: a New Single is coming out with the Shaman Culture, Baron Black, produced by Nando Guerra(Italy). Her LP is following too...
Emmanuelle will give a speech at the Senat on the 19th of March . She will give various Conferences between Europe & Africa in this year!
1st Panafrican Congres (11/13 october 2011) with the RAPEC!
PS: Attention to any add promissing a collaboration with Mr. J-F Durantin. It is a wrong information & we are so sorry of that bad action..
Site: www.myspace.com/manowvidaldefonseca
Site: www.myspace.com/doutasecksiteofficiel
********************** 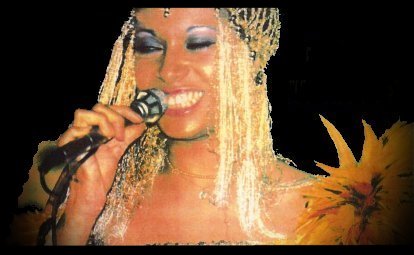 Medley of my creations 80's