Atome for night of laughs at "Kwirekura 20"

Comedy lovers in Kigali should get ready for an overdose of rib cracking jokes, as one of the country's most celebrated standup comedians, Diogene Ntarindwa, aka Atome, takes to the stage at the Rwanda Revenue Authority's Event Hall today.

Raoul Rugamba, Atome's manager, confirmed to The New Times, that the show, dubbed, Kwirekura 20, has been meticulously planned and everything is already in place.

The Kwirekura 20 show is influenced by major activities that took place in the country last year. It is also an opportunity to celebrate the achievements and to address many issues Rwanda has gone through these last 20 years in a lighter aspect of comedy," said Rugamba.

Apart from the comedy, guests will be entertained by talented Inanga player Daniel Ngarukiye and a traditional dance troupe Ibihame. Guests will be served a cocktail during the show.
The show starts at 6pm, with the entrance fee of Rwf10, 000.
While Atome is just a comic stage name, his appearance can be mistaken for that of a banker; almost always smartly dressed in a tie and a suit.
He is among the few most creative comedians to ever come out of Rwanda.

The 37-year-old has been performing since 2001. He is a graduate of Belgian Acting School Conservatoire Royal de Liege.

This is evident in the creative manner with which he churns out comedy. Atome has performed in different countries, such as Burundi, Belgium Canada and Japan, among others. 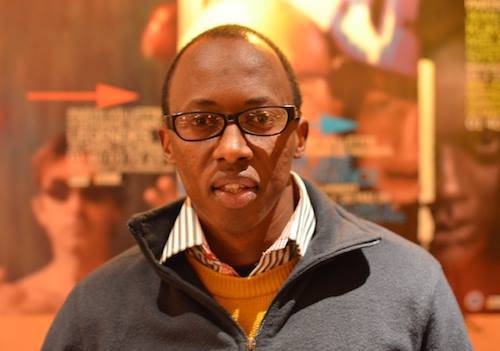