Hip Hop sensation Gwamba, and probably singer of the moment, Mafo of the "Babie Yanga" fame, are set to co-headline the Cassper Nyovest pre-show party in Blantyre on Friday, March 6, 2015.

Mango Entertainment, organisers of the Cassper Nyovest Malawi Tour 2015, have organized the pre-party to take place at the Makunje's Residence in Namiwawa to celebrate the coming of the South African Hip Hop artist of the moment to Malawi.

The party, which is expected to attract the party-goers from Blantyre city, is slated to start at 7:00pm until late and will see male goers paying K1,000 while ladies will go in free of charge.

According to Mango Entertainment, apart from performances by Gwamba and Mafo, there will be a cash bar to keep the party goers chilled throughout the night.

Cassper Nyovest, who last week scooped five Metro FM awards in South Africa, is expected to perform in Malawi on 21st March at College of Medicine Sports Complex in Blantyre and in Lilongwe on 22nd March at Alexanders Pub Courtyard.

Tickets for the Cassper Nyovest Malawi Tour have officially gone on sale.  In Blantyre, tickets are selling at Steers (Blantyre Main & Poly) and in Lilongwe at Alexander's Pub and Livingstone Pharmacy (Game Complex). 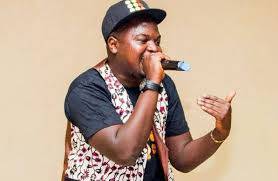