Bernadette Sanou Dao was born on the 25th of February 1952 in Baguinda (Bamako, Mali). At the age of 11, she returned to Burkina with her family. She undertook her secondary schooling at the Notre Dame de Kolog-Naba college in Ouagadougou where she completed her Baccalauréat in 1972. She then continued her studies in Dakar, at Ohio University and in Paris (Sorbonne).
Having studied literature and linguistics (Bachelor of Arts, Masters in general linguistics, DEA in African linguistics), she collaborated in the development of several school manuals in Jula (5 readers) and in French (Lire au Burkina reading book CP1, published with Jeanne Sidibe, Larousse, 1986). From 1977 to 1985 she was a teacher of French and Head of the Applied Linguistics Department at the Burkina Teaching Institute (IPB). In 1986 she worked at the National Institute for Alphabetisation (INA). From September 1986 to August 1987 she was Minister for Culture in Burkina Faso, then Principal of the Burkina Teaching Institute (IPB). In 1988 she founded the UNTENI (Association for children's survival, protection and development) and in 1991 she set up the GUIMBI (women's savings bank/ credit society). Since 1996 she has been a member of the Information Advisory Council. Early in 1999, she became the Minister for Regional Integration. Bernadette Sanou Dao is married and is the mother of four children. Presently she lives in Ouagadougou (1997).
In regard to her literary endeavours, she is one of the top poets, if not the top, in Burkina. Having been crowned several times with literary prizes at a national level, she has written children's stories, novellas and poems in French as well as in the national language "Jula". With its clear and fluid style her poetry is inviting.
(Biographical details collected by Angèle Ouedraogo)
http://aflit.arts.uwa.edu.au/DaoSanouEng.html

From Burkina Faso, Bernadette Sanou, formally teacher, and is post-graduate degree in linguistics. She has occupied many positions. First, studies Manager to the General Secretariat of the basic education and literacy ministry, General Manager of the international cooperation to the Foreign Affairs Ministry, then Minister of culture, and General Manager of pedagogic Institute of Burkina Faso. Bernadette Sanou is occupying now the position of General Manager of Centre de Recherche des Innovations Educatives et de Formation (CRIEF). Mrs Sanou is also writer. She has published three collections of poems, a collection of thoughts, two short stories and a novel. Furthermore, she is co-author of spelling book used in the Burkinabe's schools.
Member of Documentary Film Jury at FESPACO 2011. 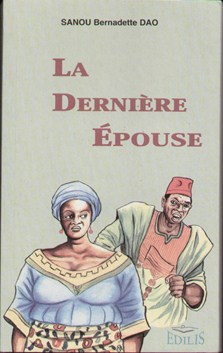 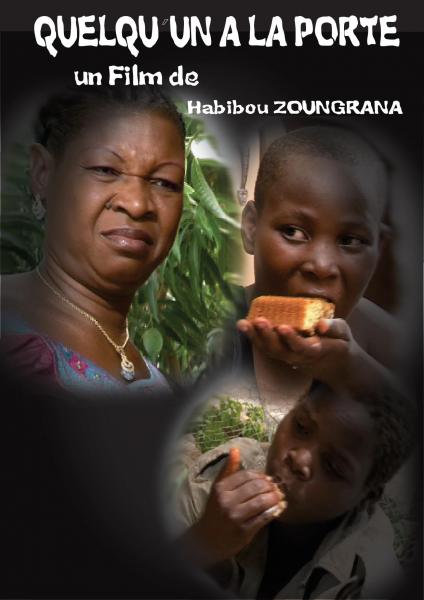 Somebody at the door