"Cubaliwa is a word of the language Masena, meaning birth or being born, spoken in the central region of Mozambique, Manica and Sofala, the latter which is known as one of the cradles of the resistance in Mozambique, where names that emerged in the'60s spearheaded social organizations, and later policies, responsible for the movement that won the Independance.
Cubaliwa is also a word of the language Ronga, and with a similar meaning in the languages ​​Changana and Xitsua; means writting or it is written. This summarizes the concept of the second album by rapper Azagaia (transl. Spear). It is a call to change mentalities and the need for each Mozambican to being born again, more open, hard-working, listener and culturally rooted, less partial, corruptible and enemy of human rights, free from prejudice as racism, tribalism and social classicism; able to manage the economic resources of their country in a more human perspective and not only towards profit. This change can only happen through Education, hence the need to pick and value what is written by Mozambicans and all who contribute to the global knowledge."
(fonte: http://azagaia.bandcamp.com/album/cubaliwa) 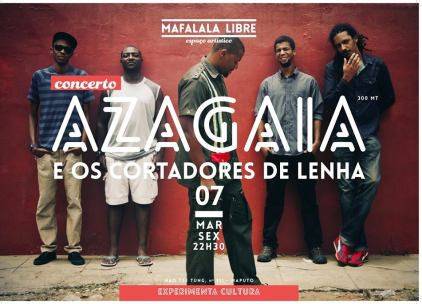