Desert blues, a musical journey into the heart of Mali

A musical invitation to voyage deep into the Sahara and the Niger River, a voyage across sand and water. Symbiotically, in tune with the world of the greatest musicians and their music, it tells the story of Mali, the Mali of today, land of enchantment.

Although they come from different ethnic groups, these musicians represent the influence of the Sahara on the musical traditions of their people : their coming together in Desert Blues is an event with true political significance for those who are familiar with the tragic events that shook Mali in 1995-1996. Habib Koité's roots are in the Khassonke culture of western Mali. Born into a Bambara family of griots, he sings the music of his uprooted ancestors, tinted with the blues. Afel Bocoum's culture is Songhai. Considered the heir to Ali Farka Touré, he reflects in his music the vast horizons, the vibrant colors, the timelessness, the genies of the Niger River. Tartit is an all-female Tuareg group from Timbuktu, the Malian crossroads in the Sahara. Ethnically related to the Berber people and geographically interconnected with the other ethnic groups in Mali, they lend their voices to the cause of a surviving culture, in support of peace and reclaimed roots. This is a musical journey, combining the real and the imaginary, weaving a spell of images and stories that enchants viewers and carry them off¿ into the heart of Malian Africa, into its landscapes, its fantasies, as well as its everyday concerns. 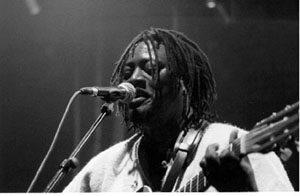 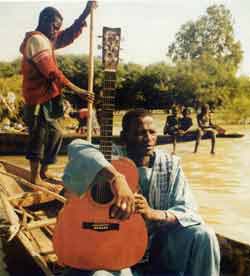