What starts out for filmmakers Violeta Ayala and Daniell Fallshaw as a family reunion in a refugee camp in Algeria turns into a dangerous political game. Initially, the documentary filmmakers concentrate on the story of Fetim and her family, who live in the refugee camps run by the Polisario Liberation Front. The more the family tells about everyday life, the more painfully clear it becomes that the camp is in the grip of a great taboo: slavery. When asked, the Polisario authorities say "that everyone is equal under the law." They are less than pleased about the news that Ayala and Fallshaw want to share with the world. Following a detainment by the Polisario, the filmmakers flee and bury the tapes they have recorded in the desert. They then go on a long journey that takes them to Paris, Mauritania, New York, and Morocco. Stolen has since become the subject of a great deal of commotion. Fetim has stated her words were wrongly interpreted, and she says she has been used to make up a story about slavery. The filmmakers believe that the Polisario tried to block the film and are now attempting to undermine their story. 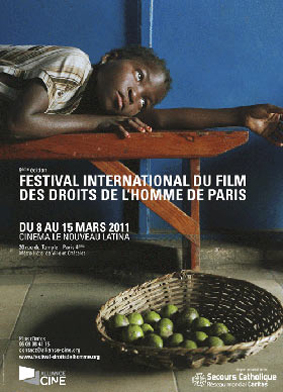