Black Missionaries lead guitarist Takudziwani Chokani and his poet wife Chigo have opened Jacaranda Lifestyle Lounge at Mimosa Court Hotel in Mzuzu to promote the arts in the city.
The lounge was launched on May 25 as part of Africa Day celebrations and, last Sunday, the Black Missionaries led revellers at the artistic bar in an after-party to wrap up their Northern Region tour.
Chokani told The Nation that the lounge will be hosting various arts events throughout the week to keep revellers entertained while, at the same time, giving them a platform to interact.
Said Chokani: "The idea is to have a bar that would add value to lives of people when they patronise it; a meeting point of people with various artistic skills to share their ideas.
"We also want that it should be able to expose talent that may be hidden. It is not a mere bar. It also targets business people to have an environment for interaction."
He said he conceived the idea last year in the United Kingdom (UK) during the Black Missionaries tour.
He said he decided to implement the concept in Mzuzu after noticing business opportunities, especially in the arts industry.
"As a musician and my wife as a poet, we want all those with various talents to come out for exposure. We are starting it as a local thing, but in future we will be inviting international artists," he said.
Chigo said the bar wants Mzuzu to be a cosmopolitan city.
"When I first settled in Mzuzu in 2008, I noticed that it was not easy for foreigners and Malawians to interact. So, we want to create a cosmopolitan place where foreigners and Malawians can mix, and that's what we are seeing now," she said.
Black Missionaries band leader Anjiru Fumulani said Mzuzu should brace for more shows following Chokani's relocation.
"Mzuzu is now our home. Since we have a colleague here, we will be coming now and then for performances," he said. 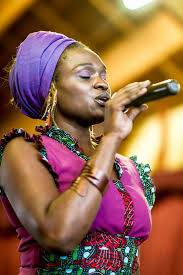