On Wednesday evening, a star-studded line-up graced the stage at Kigali Serena Hotel, in a memorial concert that was aimed at supporting elderly Genocide survivors, mainly widows of the 1994 Genocide against the Tutsi.

The event, dubbed Kwibuka Concert, was organised by Dieudonne Munyanshoza, better known by his stage name Mibirizi, in conjunction with the Association of Student Genocide Survivors in Rwanda (GAERG/AERG).

The concert marked 20 years since Munyanshoza recorded his first Genocide-related song in 1995. The show featured performances by various singers such as Maria Yohana Mukankuranga, Aline Gahongayire, Tonzi, Eric Senderi, Intore Masamba and Bono. A flame of hope was lit as some survivors of the Genocide told their stories.

Charles Habonimana, the president of GAERG/AERG, said the concert was part of their campaign to support needy Genocide survivors.

"We have been engaged in many activities in line with supporting needy and vulnerable Genocide survivors and we hope this activity will also impact the lives of ageing Genocide survivors as we reassure them that they are not alone," Habonimana said.

The evening kicked off with a screening of the video Mibirizi ya mbere, one of Munyanshoza's famous songs. With the help of his Orchestra Impala, the singer belted out a number of songs that included, Ntibizongere kubaho, Nyanza ya Butare, and Imfura zo ku Mugote, among others.

Mediatrice Uwamurera, a Genocide survivor, shared with the audience her story and how music helped rehabilitate her.

Aline Gahongayire and Clementine Uwitonze performed Twiyubake, and they were followed by Bono, who sang Yaba. Eric Senderi performed Guhanga si uguhaga, a tribute to his friend who was killed during the Genocide.

Masamba was backed up by Jules Sentore in the song, Amarira, they were followed by Patrick Nyamitari, Gahongayire and Tonzi, in a joint performance of the track, Twibuke Twiyubaka.

The concert was graced by Julienne Uwacu, the Minister for Sports and Culture. She said, "We have to make sure that the future generations know about the bad history of our country, that's what Kwibuka (remembrance) means."

The minister also urged artistes to continue with the positive message, as they have the power to communicate to people.

Joseph Nsengimana, one of the people who attended the concert, said, "I am a big fan of Munyanshoza and his music. It is positive and developmental and it conveys a message of hope to the Genocide survivors. We specially appreciate his efforts to support the Genocide widows."

The show was free but those who attended were required to buy a double CD pack with both audio and visual for the album titled Ntacyambuza Kubibuka at Rwf10, 000 with proceeds going to the cause. The performances ended at 10:30pm. 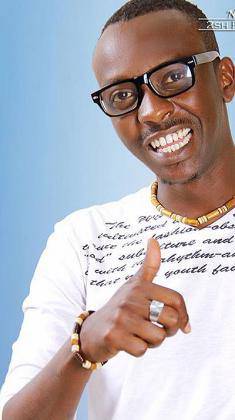 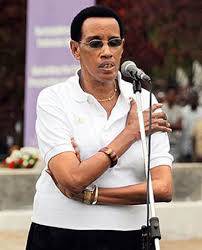