Omar Blondin Diop (1946-1973) was a Senegalese militant leftist intellectual born in Niamey (Niger) and who died in prison on Gorée island (Senegal). As a student in philosophy in Paris during the 1960s, he graduated from the renowned university École Normale Supérieure de Saint-Cloud. Studying at the University of Nanterre, he met Jean-Luc Godard and "played himself" as a Maoist militant in La Chinoise (1967). A member of the Fédération des étudiants d'Afrique noire en France (FEANF), he also took part in the March 22 Movement. This French student movement occupied administration buildings at Nanterre University and was at the origin of the student uprising of May'68. Diop was expelled from France to Senegal where he briefly was a researcher at the IFAN (Institut Fondamental d'Afrique noire), and founded the Mouvement des Jeunes Marxistes-Léninistes (MJML), a clandestine party. On presidential request, he was re-admitted to study in Paris on the condition that he would stop his political activities. Shortly after returning to Paris in 1970, two of his brothers were arrested and sentenced in Dakar. Omar left France to prepare his brothers' escape, but was preventively arrested in Bamako. 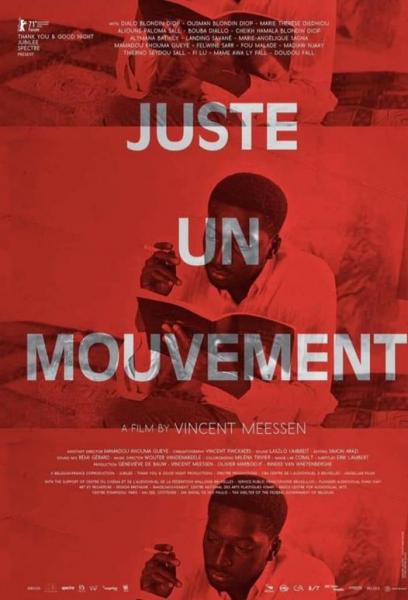