Leanne Pooley is one of New Zealand's most accomplished documentary filmmakers. Born and raised in Canada, she immigrated to New Zealand in the mid-1980's and began working in the New Zealand television industry. In 1992 she moved to England where she made documentaries for Britain's major broadcasters including BBC1, BBC2, ITV, Channel 4 as well as PBS in America. Her films featured on internationally acclaimed series such as; Everyman, Modern Times, and 40 Minutes. Pooley's documentaries have screened in more than 100 countries, and include topics ranging from rugby to the Pope.

Leanne's latest work is "The Topp Twins: Untouchable Girls" (2008) a theatrical feature about the lives of lesbian, singing, twin sister comedy duo, theTopp Twins. Previous documentaries include the Qantas Award "Best Documentary" winning film Relative Guilt, The Man Who Has Everything for the American Discovery Network, Kiwi Buddha as seen on National Geographic and Haunting Douglas about choreographer Douglas Wright. Haunting Douglas has screened at festivals around the world and earned Leanne the award for "Best Director" at the 2005 New Zealand Screen Awards. The film
also won "Best Documentary" at the International Reel Dance Awards. Her documentary feature The Promise, about euthanasia campaigner Lesley Martin won the 2006 New Zealand Screen Award for "Best Documentary". In 2006 Leanne produced and directed Try Revolution, exploring how rugby was used to help bring down South Africa's apartheid regime, and in 2007 Being Billy Apple, another feature length documentary, about the man who became a living work of art.
Leanne serves as a judge for the International Emmy Awards, has extensive teaching experience, and has published several articles on documentary filmmaking. She lives in Auckland with her husband and two children. 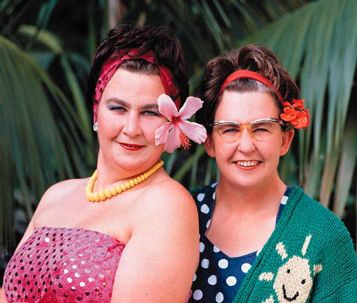