Dame Meg Taylor, born in 1951, is a Papua New Guinea lawyer and diplomat. She received her Bachelor of Laws from Melbourne University and her Master of Laws from Harvard University. She practiced law in Papua New Guinea and served as a member of the Law Reform Commission. Meg was Ambassador of Papua New Guinea to the United States, Mexico and Canada in Washington DC from 1989 to 1994. She is co-founder of Conservation Melanesia and has served on the boards of international conservation and research organizations. In addition, she has served as a board member of a number of companies in Papua New Guinea in the natural resources, financial, and agricultural sectors, and on the boards of companies listed on the Australian Securities Exchange. The daughter of Australian explorer Jim Taylor, she was made a Dame Commander of the Order of the British Empire in 2002. Until July 2014,  Meg was Vice President, Compliance Advisor Ombudsman - for the International Finance Corporation (IFC) and the Multilateral Investment Guarantee Agency (MIGA), World Bank Group. On 31st July 2014, Dame Meg Taylor became the first woman to hold the post of Secretary General to the Pacific Islands Forum based in Suva Fiji. 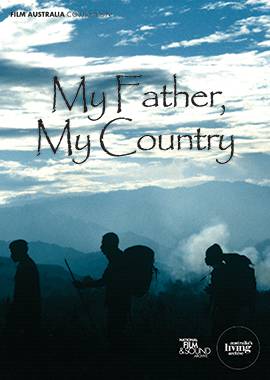 My Father, My Country