Born on 29 December 1942, Bgoya has been a stalwart in promoting African publishing; and is a fierce proponent of developing all genres of books, and publishing these in indigenous African languages. Bgoya also writes for children.

From 1972 to 1990 Bgoya directed the Tanzania Publishing House (TPH), which promoted Dar es Salaam as a progressive centre for intellectuals internationally. The TPH publications included Walter Rodney's "How Mozambique Europe Underdeveloped Africa",Agostinho Neto's "Sacred Hope",Samora Machel's "Establishing People's Power to Serve the Masses," and Issa Shivji's "Class Struggle in Tanzania". In 1991 Bgoya founded Mkuki na Nyota, an independent book publishing company based in Dar es Salaam. Bgoya said, in response to the general absence of independent scholarly publishing in Tanzania: "We are proud to publish relevant, beautiful, and affordable books, and place them in the hands of passionate readers in Tanzania and around the world." Mkuki na Nyota books, children's books, trade books and educational books, in both English and Kiswahili. This publisher actively translates literature into Kiswahili, including books like The Little Prince from the original French. Bgoya is a founding member of the African Books Collective, a collective owned and governed by African publishers. Mkuki na Nyota also works with NGOs to promote reading and education in Tanzania. Bgoya is a also a founding member of the African Publishers Network and is Chairperson of the jury for the prestigious NOMA Award for Publishing in Africa. Walter Bgoya has delivered numerous papers on the themes of reading, writing, publishing and the quest for an authentic African voice in the literary world. In a paper "We think it is time to bring the debate to where it belongs: to the book as a weapon of liberation, to literature as the soul of the people, and people as the objective of development. It should, therefore, matter what is published; and it should matter that resources are brought back to the dreamers, so that they too are heard. Those who build castles in the air should also be listened to, for as a Spanish saying goes, ‘If you cannot even build a castle in the air you certainly cannot build it on the ground'." 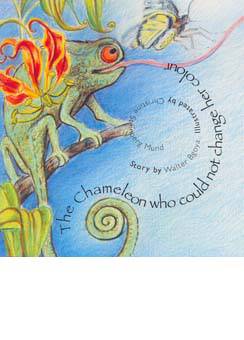 The chameleon who could not change her colour 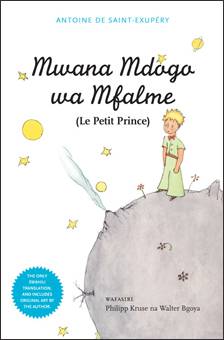 Story of the Crow and the Frog, The 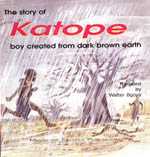 Story of Katope Boy Created from Dark Brown Earth, The