Gospel musician Martha Pingasa, commonly known as Favoured Martha, will this weekend start her nationwide tour to launch her new project "Ababa Musavomereze" which has been packaged into a CD and DVD.

The tour will kick off in the old capital city Zomba at Gymkhana Club on Saturday 20th June, before taking "Ababa Musavomereze" to her city fans in Blantyre at Robins Park on Sunday.

Moving away from the tradition of only performing and launching new projects in the popular city venues, Favoured Martha is expected to tour the districts of Ntchisi and Kasungu before heading to the northern region.

"I'll be in Ntchisi the next weekend, June 27 and then on 4th July I'll be performing at Kasungu Boma then Mzuzu on the 5th July," she shared her itinerary.

"The idea of the tour is to provide a rare opportunity to our fans in the districts. We want them to have a better interaction with different gospel artists while listening and watching their favourite musicians performing live," she explained.

"People should come out in large numbers because this is the moment they have been expecting for a very long time. We will have exciting lineups at all venues. It will be very special to have them."

The complete show line up is as follows: 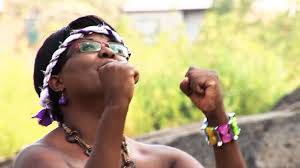