Balaka based female poet, Luckier Chikopa opened her own chapter in the world of poetry when she came first in the long awaited Msalamangwe Ya Ndakatulo outclassing 14 other poets held at Blantyre Cultural Centre on Saturday.

Msalamangwe ya Ndakatulo is a brainchild of Poetry Association of Malawi (Pam) in partnership with Times Television with United General Insurance (UGI) as the main sponsor of prizes having pumped in K1 million.

Chikopa was crowned the winner way late around past six when darkness was creeping in and she could not believe it.

"There were lots of good poets but I am happy that I have made it. It was not easy but this will now motivate me and actually I am thinking of using part of the money to produce my poetry album," said Chikopa.

A student at Soche Technical College pursuing a diploma in electrical engineering said she will use part of the money for her tithe and also use the other for paying school fees.

For being the winner, Chikopa received K450,000 with 28-year old Raphael Sitima from Mulanje on second position and received K250,000 while 26-year old Oscar Kambalame made sure Blantyre did not lose out as the host as he was third and received K100,000.

Ross Kampaundi from Neno triumphed in a special UGI poetry contest where the poets competed in putting together poems spelling the news about the insurance company.

Kampaundi stood out at the end of the battle which came after the normal contest and among others he beat other well established poets including Joseph Madzedze of 'Achikabula' fame. He received K100,000.

Renowned poet and writer Alfred Msadala was the chief judge on the day alongside Hoffman Aipira and Chisomo Mdalla alias Nyamalikiti Nthiwatiwa who came in for Norman Nyirenda.

Pam Publicity Secretary Paul Sezzie said they were happy with the competition which helped unearth talent but also gave a platform to poets to display their poems.

He said this was a testing phase where they only targeted Chichewa poets and that they will come back with season 2 where they will involve English poets who had complained of being sidelined.

UGI official Atupele Mangochi said they were happy with the results on the night and said as UGI they decided to sponsor the competition as part of helping uplift art in the country.

"We want through this platform to help uplift poetry but also art in the country. As UGI this is part of our corporate social responsibility and we will continue to engage in different other areas," she said.

The competition has a long way to go and needs to be improved as there were signs of poor coordination between the organisers which even saw it failing to start in time. 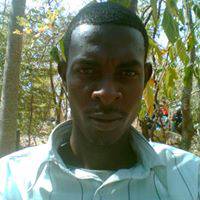 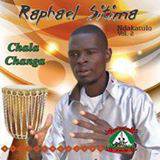 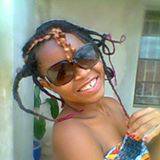