"100% DAKAR - more than art" is a portrait about the creative arts scene in Dakar, Senegal. Dakar booms with live and this energy can also be found in the creative, artistic and cultural expressions of the city. Many young artists in Dakar took on the role as agents of change of their generation. "100% Dakar" visits fashion designers, Hip Hop musicians, graffiti artists, a photographer, an art blogger, dancers and many other artists and cultural entrepreneurs who stand for creativity, passion, social conscience and a collective, creative fight against all economic and political burdens in the sense of "l'union fait la force" ("unity is strength").

Reviews
"(...) Krampelhuberâ??s film portrait highlights the fact that there is a special collaborative energy that has come together in the city to form Dakarâ??s contemporary art scene. Her documentary offers a behind the scenes peek into the makings of this exciting creativity and does what photographer Omar Victor Diop hopes his art can do; it shows another image of contemporary Africa." Africa is a Country

Director's Biography:
Sandra Krampelhuber is an Austrian Cultural Anthropologist. She graduated from the University of Vienna in 2002. Since then she is interested in the various fileds of cultural and artistic productions in African and African Diaspora countries. In 2006 she directed the music documentary "QUEENS OF SOUND" about females in the Jamaican music industry. The film was shown at filmfestivals worldwide. It was also in 2006 that she travelled to Dakar, Senegal for her first time and after many encounters with Senegalese artists and musicians over many years, she decided to portray this thriving scene in her latest film "100% Dakar". 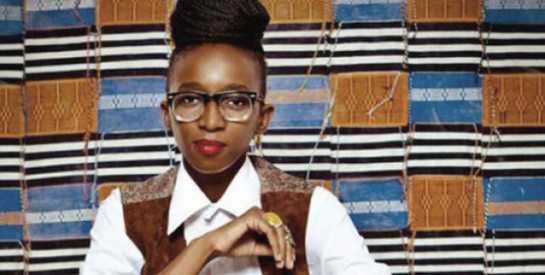