Ostracized by their community as "child witches," a group of street kids in the Congolese capital of Kinshasa form a raucous musical outfit with the help of a rapper/con man in this spirited, inspiring film from Belgian director Marc-Henri Wajnberg.

A film by Marc-Henri Wajnberg

Following on the heels of the hit documentary Benda Bilili, Marc-Henri Wajnberg's Kinshasa Kids finds another hot band in the Congolese capital, but with two key differences. First, this is a fiction film, though it captures the spirit and texture of Kinshasa as well as any doc. Second, the story here begins from a premise all too common in many parts of Africa: the persecution of children branded as witches.

"Child witches are the root of all Kinshasa's problems," one woman shouts as she chases a young one from her home. There are 30,000 kids living in this sprawling city who have been accused of witchcraft and cast out of their homes. Sometimes these banishments are an excuse to rid a family of a costly dependent, sometimes they are driven by superstition and genuine fear, but the result is always the same: children living on some of the world's harshest streets.

In this case, José (José Mawanda) and his friends never wallow in their victimization. Known as shegués, or street children, they turn to making music. As a way of passing the time, warding off bad luck and maybe making a little money, they form a musical outfit with the help of wild man Bebson (Bebson Elemba), a rapper and a con artist whose eccentricities mask a generous heart. Jamming together on whatever instruments they can find, or composing music with a series of broken electronic toys, the kids make the most of their circumstances with resourcefulness and humour.

The marvelous Rachel Mwanza, who won the Best Actress prize in Berlin for Rebelle, also playing the Festival, is a key part of the cast of Kinshasa Kids. Her talent and skills are just one sign of the incredible flowering of creativity taking place in Kinshasa. The narrative took shape as Wajnberg drew from stories he was told by local street kids. As a result, the film benefits from both a strong sense of place and an ethic well outside of the pity porn that often afflicts depictions of central Africa. This is a rich, warm celebration of living life and making art, no matter where you find yourself. And the music is hot. 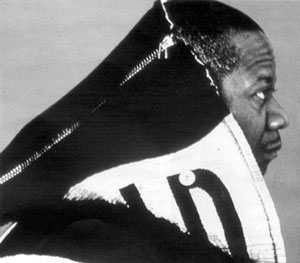