A faraway kingdom in the heart of the wild Africa. King Muakana Kasongo Ka Ngolo is looking for an heir to the throne. However, during the coronation, his son, the young Prince Loseno, witnesses his father's abrupt death. Birth and death are twins in the fate of men. "Falls the banana tree, grows the bud" as it is said!

Intention note
The movie is inspired by my childhood memories in a traditional Africa. When I was 5 or 6 years old, I had been very impressed by my culture's richness and vitality. The strong images of my village never leave my mind. When I restyled this faraway time of my childhood, for which it is hard to remain neutral, I imagined an original story in which coexist both magic and Tetela Lomani "griotique" tradition in the Kasaï. A movie in which symbols remain opaque; the audience has to get absorbed in it to discover, beyond the story, the second meaning which is not imposed on them but left to their own imagination. I invite the audience to grasp the realities of power, tradition and magic and religious beliefs in a royal court which customs have been forged by numerous generations.

The movie project
The movie is about the wild Africa, the impossible horizon of any child's dream.
It was written in Kinshasa. This is where the characters, the set, the storyboard, the music were created.
Brussels was the unifying place where all - creators from North and South, from East and West - came together to share their technical skills and experience of that exceptional discipline that is stop motion at the service of the film.
The movie Prince Loseno bis first of all a tale. Many allegories about inheritance, magic, dreams, nightmares, life and death.
The movie plays on rhythm, on the "griotique", on the interplay of light and on the magic.
A today's movie. A movie closed to boredom. Open to every audience and every culture. 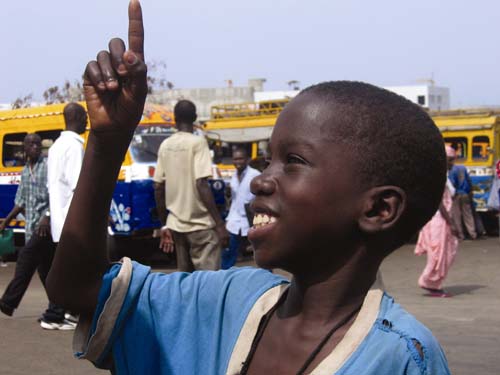