Traces of the Father

Awa and Adama are 24-year-old twin sisters. Born of a Burkinabe father and a Senegalese mother, they are now motherless. Living with their aunt in Saint Louis, Senegal, they go in search of their father who has gone to "make his life", when they were eight years old.

Orphan twin sisters, 25-year-old, named Adama and Awa Ouedraogo are looking for their father's who left, when they were eight years old. Their aunt with whom they live in Saint Louis of Senegal, give them, some informations which are the first path to trace part of their father's story. They want a build on him, because they did not have the chance to know him well. From him, they only have three pictures and a vague memory.

A film by Delphine YERBANGA

DIRECTOR'S STATEMENT
"Because of emigration Adama and Awa grow up without a father. Because of this situation their mother died early.This situation make them wondering about their origin and why their father never come back. From him, they just have three pictures and a vague memory. Their mother's family hide a secret to them. This silence lead them to make all they can to find the answers of their questions.
I meet Adama and Awa during these moment of introspection and questioning in Senegal. Then, i was the first person they asked to help them find their father." (...)
Delphine YERBANGA - DIRECTOR 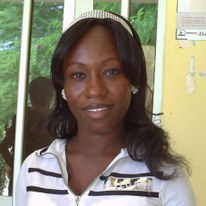 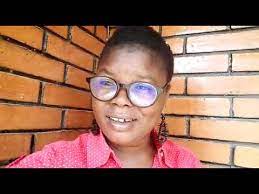