Kizito SAMUEL SAVIOUR born as Kizito Samuel is a Ugandan filmmaker who majors in Producing, Writing and Directing, he possesses other skills like Photography, Cinematography, Film Editing and Acting among others, he is also a filmmaking mentor to a number of upcoming filmmakers and actors in Uganda.

In 2019, he founded KYOOTO a multifaceted full-service entertainment and media production company based in Kampala, Uganda that specializes in producing audio-visual content in various dimensions for Film, TV, Online and other platforms as well as using film to rehabilitate and promote talent development.

He is the founder of the Ugandan Academy Selection Committee (UASC) approved by the Academy of Motion Picture Arts and Sciences' International Feature Film Award Executive Board (California, USA), on 20th May 2019 tasked on behalf of the Academy Awards or Oscars to represent Uganda and select Ugandan films for the Official Entry for the Academy Award in the category of Best International Feature Film Award Category (formerly known as Best Foreign Language Film Category).

He is a nominee in Nigeria at the African Movie Academy Awards 2017 (AMAAs) in the category of Best First Feature Film by a Director and in Uganda Viewers' Choice Awards 2017 in the Category of Best Director for his directorial debut "Bunjako" which he also wrote.

This is followed by being a Best Film Director Award Winner at the Viewers' Choice Movie Awards 2018 in Uganda, Best Screenplay Award winner at The African Film Festival 2019 in USA and Pearl International Film Festival 2018 in Uganda, nominee as Golden Director at Ghana's Golden Movie Award Africa 2018, Best Director Indigenous at Zulu African Academy Awards (ZAFAA Global Awards) 2018 in the UK for his latest directorial feature film "The Forbidden" that has scooped about 13 international awards and over 70 nominations all over the world since February 2018.

From 1st March 2019 through KYOOTO he launched a four months mentor-ship program aimed at nurturing young talents into the skills of Script Writing, Acting and Directing among other departments as a route for them to join the Ugandan Film Industry as experienced and trained individuals, the program was facilitated by the founder himself at a free cost every day of the week throughout March, April, May and June, through this period, the participants were able to make 4 short films; "Fidelity", "Esteem", "Equanimity" and "Demented" (less than 30 minutes each but totaling to 90 minutes as a whole, educative films to the young and old).

Born and raised in Kampala, Uganda, February 22nd 1994, he began his career as an actor, publicist and blogger and graduated to screenwriting, producing and directing within the years 2014, 2015 and 2016.

He has worked with several companies as a screenwriter, producer, director, film consultant, production assistant, sound recordist, cinematographer, editor and more. He started as an actor when he joined an acting group/ company in Uganda "Sky Limited Entertainment" in 2013 from where he acquired the skills of screenwriting hence graduating into a screenwriter.

Having been a commercial publicist before, he was introduced to the film-making world when he joined the National Theatre based Film Club Uganda in the year 2014 from which he has operated as a general Public Relations personnel and assistant to its President of Film Club up-to date.

During the early years of film club, he was cast in a cameo role in the award winning Ugandan movie "WAKO" of Zaron Motion Pictures and being a screenplay writer, he wrote a number of screenplays most of which were produced by Havy Media including short films "Desk Review" and "Wande" in the year 2015, he later worked as a sound recordist for a short film "Mulalama" By Nathan Yueh and its still during this time that he joined The Ghetto Film Project, an organization that mentors ghetto kids into film and from here he was cast in its two short films "Crafts: Value of Life" and "Silent Depression".

In early 2015 he opened up a Ugandan film themed blog-site samuelsaviour.wordpress.com a blog that's commonly known as a source for Ugandan cinema updates and it's through this blog that he attained a role of "Film Critic" in the film industry, he also started working on a feature film project titled "Abagoba Ebirooto - The Dream Chasers" as a producer and co-writer which is expected to be out in the year 2020.

Early 2016, he co-founded a Uganda Film Industry Online News Channel "Cinebuzz Uganda" where he worked as a Writer, Editor and Part-time Director and Camera Operator, which was a hit online show by the time.

Through the year 2016, he produced a short film titled "Pregnant Woman Stabs Husband Dead" directed by Malcolm Bigyemano that was nominated in the Best Short Film Category of Uganda Film Festival 2016. Still in the year 2016, he wrote a feature film "In The Neighborhood that was produced by Havy Media, this premiered in mid-2016.

In the year 2017, he embarked on another journey as a director where he co-wrote and directed a feature film "Extra Time" being done as a tribute film to one legendary Ugandan film actor, this was followed by another feature film he co-wrote and directed titled "The Forbidden" produced by the Red Pictures Production Company. He also produced a feature documentary film "Boxinema" that's running in the Film Festival realm, edited a short film "Virtuality" and a documentary film "Kampala Express "

Still in the year 2017, he directed and edited a short film "April Baby " by LEPA Africa Production Company. 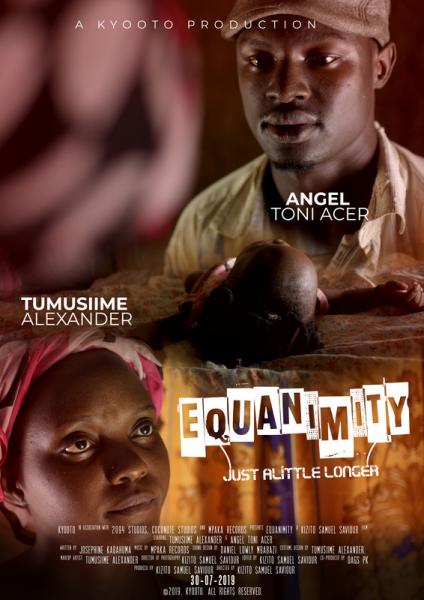