Sélifa BOUKARI MCGREEVY is an Activist, Producer and Screenwriter.

She is known for SHERIFA / AFRICAN HEART (2013, Producer / Author of the original idea).

She is President of Save lives in Togo and Mother hippo foundation (in USA).
In 2008, Sélifa BOUKARI MCGREEVY began her crusade against human
trafficking of both boys and girls and the practice of FGM by creating
SAVE LIVES PROJECT. With SAVE LIVES, she visited one of Togo's most
notorious villages for these activities - Tindjassi Sarakawa. After meeting with village leaders, she hosted a meal for the public and distributed donated school supplies.
​
In 2014, the SAVE LIVES PROJECT received funding from Le Fonds d'Aide à la Culture (Fund for Cultural Aid), a division of Togo's Ministère de la Communication, de la Culture, des Sports et de la Formation Civique (Ministry of Communication, Culture, Sports and Civic Training) ("Fund"). This Fund promotes arts and culture in Togo by financially supporting artists, as well as supporting culture projects having a positive impact on the population.


MY BIO
Born and raised in Togo, West Africa, I now live in the United States. I intend to fight until my last breath against the harmful practices of FGM, forced child marriages and gender-based violence.
​
At age 8, I was not only raped by one of my uncles, but subjected to both FGM. At 14, after years of hardship, I fled to Niamey, Niger to avoid being forced into marriage with an older cousin.
​
For years my life was colored by the traumas of my childhood. I was unhappy and angry. But it would be years before I realized that millions of children are still suffering through these same experiences. My culture continues to shroud the issues of FGM, rape, prostitution and human trafficking in a veil of silence.

In 2007, I lost my grandmother. Shortly before her death, she told me I should not run away all the time from situations, that I had a right to speak my mind. I tried to tell her what had happened to me, explain my actions, but she told me to put those things behind me, to forgive and move on. Her death opened my eyes that life is short. So if you have something in your mind to do, go and do it, especially, if it is for a good cause.

In 2008, as we prepared for the one-year anniversary of her death, I had a dream. I dreamt I was dead and that my parents and relatives were preparing to bury me. Suddenly, my grandmother appeared not as an old woman but young and beautiful. She was furious, yelling at everyone "This is my granddaughter whom I know very well. Bring her back right now, it is not her time yet. She has a lot to offer and she is not even half way there."

Waking up drenched in sweat, I thought about her words. But what did I have to offer? I had lived with fear and shame all my life…but maybe there was one thing I could offer…my story. Maybe if I shared my story, I could make a difference in the lives of other African women and girls.

So the "SAVE LIVES PROJECT" was born. I thank my husband and sponsors who believed and supported me. If it was not for them, I wouldn't have found the courage to speak out. It is said that if you save someone's life you must do so with your heart and soul. They saved me - now I'm reaching out to save others.

Finally, in 2013, we were able to shoot the film AFRICAN HEART [SHÉRIFA], which is based on the events of my life. During the filming, I was frequently asked if the subject matter would cause me shame. I replied "No" because if I stayed silent then when or how will we begin a dialogue and create solutions to these problems. After completion of the film, we screened the film in many villages, encouraging a discussion about the consequences of harmful and outmoded traditions.

My goal is to make parents aware of what a gift their children are, and of their duty and responsibility in keeping them safe, protecting their futures. I believe in human rights. So, I'm seeking your support to fight these social injustices and make a difference. 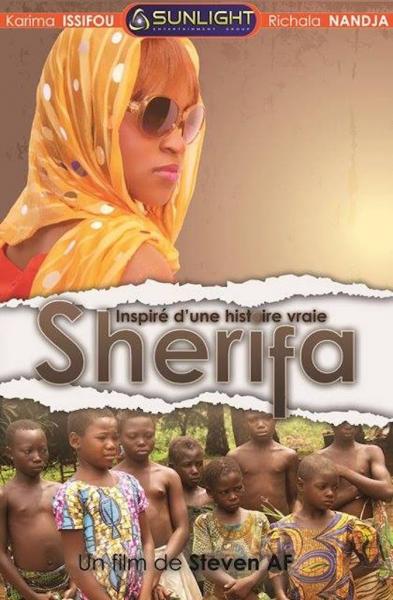