Sambou Kouyate was born on 10 May 1974 in Dakar, Senegal.
He was born in a family of griots, a traditional caste of African bards. From his earliest age, he learned music and singing from great masters of the African Cora, Sekou Kouyaté his father, Toumani Kouyaté his great brother.
Since seven years old Sambou Kouyate took part in several modern Senegalese bands as a drummer and percussionist. These bands played in various countries of Western Africa: Mali, Bissau Guinea, Conakry Guinea, and Gambia. Since the age of 20, Sambou Kouyate teaches the Kora to people from Canada, the United States and France.
In 1993, the band BUNTALOO was created. The band is directed by Sekou Kouyate and Toumani Kouyate and uses elaborate lyrics and acoustic songs. This band performed in Dakar and obtained success in the first festival of the "Printemps des Cordes" for string instruments in 1995, in the famous Jazz Club Tamango, in the Tringa cultural centre, and in the numerous great hotels of the capital and surrounding province.
Since 1994, Sambou Kouyate is a member of ALLALAKE, a band which plays traditional Mandingo songs and music. He toured in Western Africa and Europe (in Paris venues such as the New Morning, Jokko?). The band is directed by Djeour Cissokho and produced an album, Guisna, in 2003.
In 1998, Sambou Kouyate plays the kora in the soundtrack of KIRIKOU, composed by YOUSSOU N'DOUR. The animation film was directed by Michel Ocelot and obtained the first price at the Annecy Festival in 1999.
In 2000, Sambou was the guest of the Senegalese band DABI in the ETHNO FLANDERS festival in Belgium.
In 2001, a band called BAADALA was created. Sambou composes and revisits traditional tunes for the group.
In 2002-2003, he plays and sings in the show "Perdre la tête" by the LARUEFORAINE French Contemporary Circus Company.
He went on a tour with performer EL HADJ N'DIAYE who obtained the Académie Charles Cros awards in 2001 for the album XELL. They toured in France with national broadcasting company "Radio France", and in the UK, Belgium, and Brazil.
In 2003, the DIO QUARTET was set up. The originality and specificity of DIO come from a unique blend of African and Celtic music. DIO includes harp player Cécile Audebert, kora player Sambou Kouyate, Bass Guitar player Julien Dupont and percussionist Ousseynou Diouf. DIO has already performed in Paris venues such as La Guinguette Pirate and Le Tamanoir.
During the same year, Sambou creates his own Mandingo Afro-pop band: SAMBOU KOUYATE. It has already performed in several venues in Paris, such as La Maroquinerie, La Flèche d'Or, le Jungle Montmartre, le Théatre de Fortune, and has taken part in the SOLIDAYS Festival in July 2003. 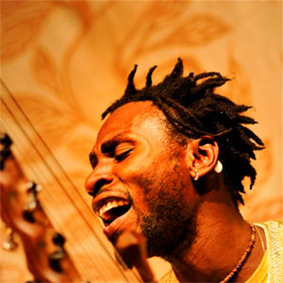 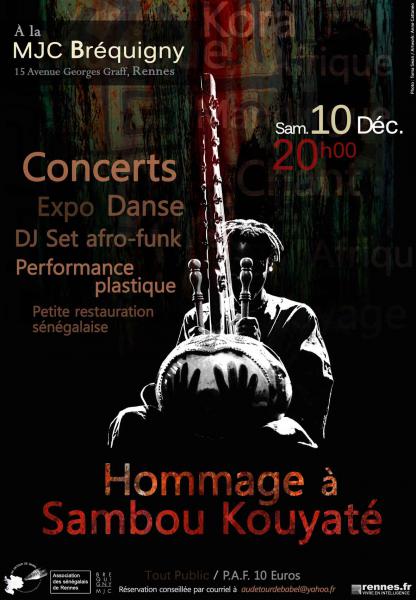 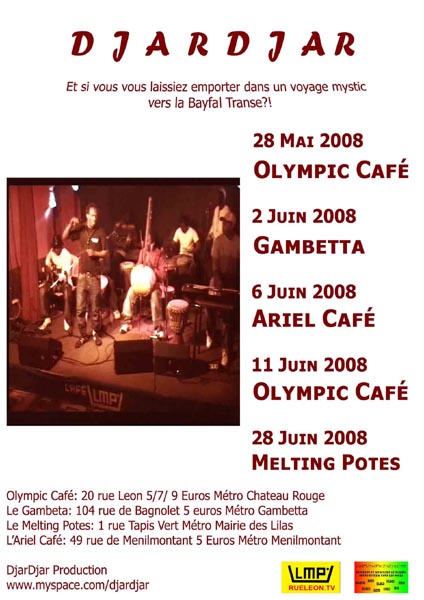