The chameleon who could not change her colour

By Walter Bgoya. Chameleons are small, slow-moving lizards, which are supposed to have an ability to change their colour. But one day, a girl chameleon is born, the youngest in a family of thirty-eight chameleons, the only chameleon who cannot change her colour. Her fellow chameleons are worried for her because she is unable to disguise herself. But when the chameleons are threatened by first a snake, and then a bird-of- prey, this chameleon demonstrates that she has special powers and can use her eyes to deflect them. The messages of the story which is beautifully illustrated are that it is sometimes the ones who look as if they do not belong who can save those who think they do; and that gifts are sometimes bestowed upon those who might not look the way we think they ought; or as if they might not deserve them.

This title is also available in swahili. 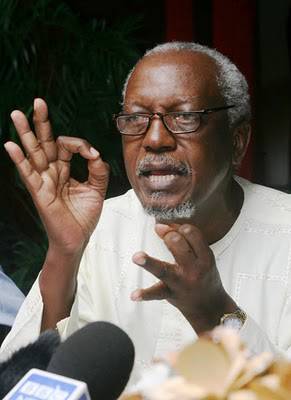