Bè kunko - one person's problem is everyone's problem - is the motto and title of Camara's (Clouds over Conakry) award-winning drama.
While teenagers John and Tom, who live in a refugee camp in Guinea Conakry, go from housebreaking to robbery in order to survive, Satou, similarly to many other destitute young women, turns to the streets.

Things go from bad to worse and Tom - soon followed by John - gets stuck in a downward spiral of extreme violence. Will Mémé their grandmother and also a refugee, be able to save them? 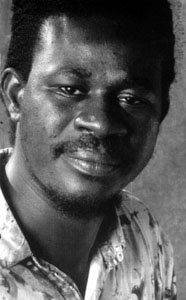