When Precious, who is sixteen, learns to read and write at an Alternative School, she discovers a new world.

A world where she can at last express herself in a way she never could before. A world where each girl can become beautiful, strong, independent. Just like Precious… 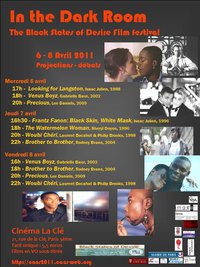