After many years of working in-house and choir singing, Clement Mzumara has finally moved out of Chitawira-based Makwacha studio in Blantyre with a 10 track album titled Ndilandireni.

Police officers are usually known for their law enforcement work, but Mzumara, who is a police officer based at Manase Police Unit in Blantyre said he decided to record 10 of his many songs to glorify.

The album is now on the market and some of the songs such as 'Twendenge na Yesu' (let's move with Jesus) and 'Ndilandireni' (welcome me) are now enjoying airplay in some of the country's radio stations.

The album has some songs in reggae but others such as 'Twendenge na Yesu' adopt Karonga's Mapenenga dance rhythm.

In 'Ndilandireni,' Mzumala is asking God to receive him after admitting that he has been in the wilderness for some time.

He said one of the songs, 'Twendenge na Yesu' was borne out of the sudden death of his sister and he did it to encourage people that despite various tribulations, they still have to move with Jesus Christ for consolation.

Mzumara who started compiling the album in September last year and is said to have been singing casually since his primary school days has asked Malawians to give him a chance.

"I am a gospel artist and started singing when I was young. In those days I was an active member of Tuntufye back home in Karonga. I just ask people to listen to my songs and appreciate the talent I have," Mzumara said.

Born on June 12, 1985 Mzumala said he is into gospel music to stay and he is seriously telling Malawians 'Ndilandireni.' 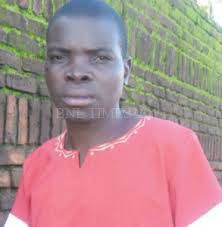