Andre Wynter is a writer, producer, director and currently the managing director of JA Films Limited.

Andre was educated at Campion College and College Du Leman in Geneva, Switzerland before attending Northeastern University. On returning to Jamaica, he worked in a myriad of positions including: a bank teller, project manager and paralegal before deciding to join the film industry. He began as a freelance producer working on numerous music videos for Dancehall artistes such as: Beenie Man, I-Octane and Alkaline. He also produced Season One of the multi award winning investigative journalism series 18 Degrees North.

In 2012, he founded the company JA Films Limited and created the television series Real Friends. He executed and supervised every facet throughout the production process from ideation to completion. Real Friends exceeded all expectations by being named Jamaica's number one local drama after its first season, averaging 850,000 viewers per episode.

In 2014, Andre Wynter was hired by Television Jamaica as head producer of the newly formed Homegrown Unit. The home grown unit was formed to encourage the development of local-based content. During this period, Andre produced the series Run Di Track and Star Apple Kids Club.

During his 7 year creative journey within a Jamaican environment of limited resources, he has gathered a wide range of practical experience as a freelancer, entrepreneur and employee at Television Jamaica.  Succeeding within a developing industry not only requires filmmakers and other creatives to be technically gifted but also business literate. He has found that as a filmmaker and business owner, he possesses just the right balance of right and left brain. 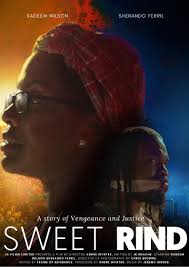