Born in 1994 in Bangui, Anne-Bertille Ndeysseit Vopiande studied Human Resources Management at the University. After graduating in 2017, she participated in the first Varan workshop in the Central African Republic during which she made her first short documentary film I a wali. In 2018, she participates in the shooting of the film Camille by Boris Lojkine, as assistant electrician. In 2018-2019, she takes part in the second Varan workshop and makes her second documentary film Boyi biyo - Double lung. 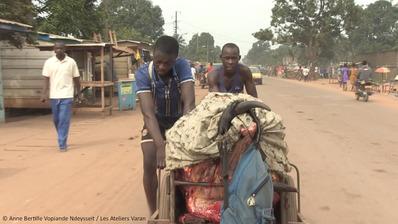