Grace Ndiritu was born in the UK in 1976. She received her BA (Hons) at WSA and then attended the Postgraduate studio residency De Ateliers in Amsterdam (1998-2000). Her work, which combines advertising, documentary and music video strategies within the framework of performance video art, has been exhibited internationally, including recent installations at the 2005 Venice Biennale and the Ikon Gallery, Birmingham. Several of her videos are now distributed by LUX and her first major solo show will be at the Chisenhale Gallery in January 2007.

Ndiritu was awarded UK Studio Award 2004-2006 at Delfina Studios in London, during which she had a show there, TIME, in autumn 2005. Curator and writer Ian White spoke to her about the show and her practice. 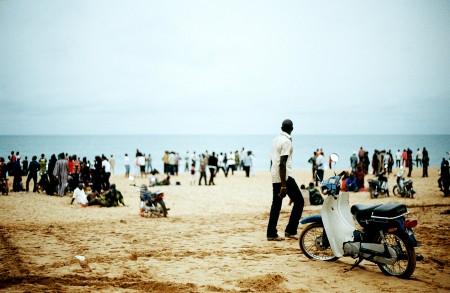