Born in 1976 in Strasbourg, Khalil Cherti is Franco-Moroccan. A self-taught author-director, he learned his trade by shooting institutional films, advertisements and trailers. In 2009 he directed and self-produced his first medium-length film, The Great Wall of Qin, selected at the Clermont-Ferrand Film Festival. In 2011, his web series Lolicats won an award at the La Rochelle Fiction Festival. In 2014, his second medium-length film, D'où que vienne la douleur, was selected for numerous festivals, including Locarno and Clermont-Ferrand, and won numerous awards. T'embrasser sur le miel is his latest short film. He is currently working on his first feature film. 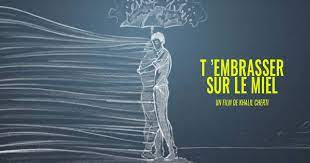 Kissing you on the honey