Landon Moss is an American Instagram star, former Viner, YouTuber, actor, and social media personality. He has gained popularity for his comedic sketches which he posts on his social media accounts. A native of Virginia, Moss started off his journey towards online fame on Vine. At the height of the site's popularity, he had over 3.8 million followers on the platform. Despite making the necessary transition to other social media platforms after Vine shut down for good, Moss has not been quite successful in replicating his achievement on Vine. He has about 314,000 followers on Instagram, just over a thousand followers on Twitter, and 180,000 followers on Facebook. Furthermore, he has more than 21 thousand subscribers on YouTube. In 2016, Moss began his acting career with the video short ‘Summoners War: Team Up'. Since then, he has appeared in another video short, ‘Leah & Chelsea Have a Sleepover' and the TV series ‘Laff Mobb's Laff Tracks'. 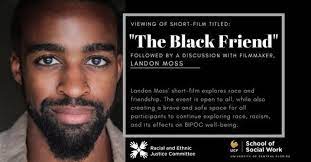