As an introduction, a few simple questions to establish
some shared references. What differentiates the work
of an African documentary filmmaker from that of a
European? I would say essentially, the same as all continents,
all civilisations, three elements: the visible reality
which surrounds the author; their singular personality
and culture; and finally as we are speaking of an art
which is also an industry, the difference in production
conditions. What brings them together, what do they
share? Once again, three crucial points: obviously
belonging to the same world: the planet cinema as well
as the major aesthetic trends which have crossed it for
more than a century; then the use of the same artistic
and industrial tools which today are digital; finally, thanks
to globalization, the feeling of belonging to an emerging
independent and global artistic movement, bearing
references and conscious ways of looking at the transformations
of human societies.
Let's go a little further and ask whether there exist
national differences within Africa itself, for example
between Senegalese and Congolese documentary.
Continuing the previous response, it seems clear that
the visible reality these societies produce is already a
difference. Take for example the sound-scape of a street
in Brazzaville where church bells can be heard ringing,
and that of Dakar where the call of the muezzin to prayer
marks time and occupies space. As for film authors, from
Brazzaville we have a protestant raised woman who grew
up in a single parent family after the assassination of
her father during the 2002 civil war. She certainly does
not have the same culture or history as the woman
cineast from Saint-Louis in Senegal, a member of the
mouride sect and who secretly prays to the genie of the
water; and even more so should this person come from
a polygamous family with a dozen sisters and brothers
and a strong likelihood that one of them will embark
on a pirogue attempting to reach the Spanish coast. But
even taking into account these differences, can we claim
that there is a Senegalese documentary or a Congolese
documentary cinema? To speak of a national cinema
or even of a sub-Saharan African documentary cinema,
we would have to first speak of a history of documentary
film in Africa, and then perhaps of national
documentary histories. There have been certainly
pioneers whose work has left essential marks, like
foundation stones, but perhaps it is premature to speak
of a fully blown history.
However thanks to the digital revolution, the arrival of
new funding possibilities, training sessions that have
been established and continue to multiply, a movement
has emerged over the past few years that has as its goal
the creation of a sufficiently large and durable current
(both artistic and industrial) to allow the construction
of an African documentary history. This Africadoc selection
at Lussas is, among others, one of the events where
this movement is visible.
This year, our selection is organized around two groups
of films. One group consists of the first films to emerge
from the writing residences organized by Africadoc and
the Master 2 creative documentary direction programme
at Saint-Louis, Senegal (created in 2007-2008). In
Yandé Codou, la griotte de Senghor, Angèle Diabang
Brener films Senghor's star poetess and singer. The film
avoids the pitfalls of hagiography and draws a masterly
portrait of the capricious moods of Queen Yandé. With
La Robe du temps, Malam Saguirou films, through the
enterprising career plan of his friend, the transition from
the traditional meat trade to a capitalist butchery in Niger.
After Une fenêtre ouverte, Khady Sylla and Charlie Van
Damme met again in Dakar this time to stage and
contextualise the daily humiliation and exploitation of
maids, filming their silences and theatrically dramatising
their revolt. Among the films directed by the
Master's students at Saint-Louis in Senegal, Delphe
Kifouani, in a melancholy letter read to his absent friend,
questions his Africanness and the differences between
himself, a Congolese from Brazzaville, and his Wolof
friends in Senegal. Marie-Louise Sarr, using sound
construction and repetitive montage, sketches a portrait
of the "factory work" in the university canteen of Gaston
Berger. Sani Magori documents the chain of poverty and
hunger around our daily bread. Mamounata Nikiéma
instructs us on the importance of rice and Senegal's
dependence on food imports. The question of food and
the sense of belonging to a culture and a territory are
undisputedly present in the mindsets of these first
works which show clearly promising signs of a maturing
viewpoint and a variety in the styles of filmmaking.

The second group of films selected from the submissions
received this year is composed of four films made
by coloured men and women directors all caught in a
movement of return to Africa without wanting to live
there. All these filmmakers work with African voices in
a complicity that expresses desire as it tells tales of behaviour,
positioning or even of commitment. Alice Diop with
Les Sénégalaises et la Sénégauloise, and Katy Lena
Ndiaye, with En attendant les hommes, are both
seeking to express how women think and dream through
minimalist approaches to filmmaking and narrative.
Thanks to an intimate exploration of the daily mental
universe of their characters, they magnificently document,
at the same time as they suggest as an unresolved
issue, the violence that these films can represent for the
people and societies being filmed. With Philippe Lacôte,
Chroniques de guerre en Côte-d'Ivoire, and Anne-
Laure de Franssu, Yere Sorôkô, we are in Ivory Coast
in the wake of the personal trajectories of authors who,
while following the thread of an investigation, try to
extract a little humanity from the chaos of recent
History. They inform us through the movement of
enquiry which constitute their films. Between the
discourse of their protagonists and their own words on
the state of the country, it is clearly an echo of their
own existences which we hear.
This programme of films has an important quality, it makes
explicit issues at stake that are often implicit or silenced.
The debates may well be vigorous, here and elsewhere.
The dimension of secret, of lying by omission does not
have the same value in sub-Saharan Africa as in Europe.
The implicit can solve many conflicts and calm the way
to a reconciled community. In extremely constraining societies
(families, the religious, communities are ubiquitous…),
it is a way -often- of safeguarding the individual freedom
of beings and allow personal construction in spite of social
determination. Documentary, through its work in illuminating
the secret, communicates issues that are known
but unspoken by all, moving from the implicit to the
explicit. Film documents the state of the Real, the daily
life of people. Thus it inevitably provokes vigorous reaction
from the sectors of society which are its subjects. It
marks also no doubt an important cultural break that
young African documentary filmmakers will have to
measure and manage in the years to come. Documentary
is taking its place as the new memory of the peoples of
oral history and can give them new power. Perhaps it is
the new genie of African souls? We will discuss these questions
over these two days. 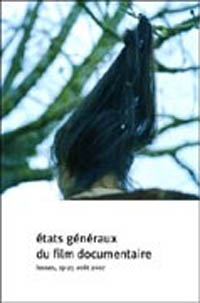