Back at the TricycIe Theatre for the 5th year, Images of Black Women Film Festival welcomes you to our exciting festival programme for 2009! We look forward to welcoming you to our evenings, filled with fantastic films, celebrity Q&As panels, workshops, and great company. Buy a festival pass to ensure you have a great weekend with friends, family at the best prices. ON YOUR WAY HOME DON'T FORGET TO PICK UP YOUR FREE GIFT FROM SOME OF OUR SPONSORS INCLUDING A HANDY SIZED SAMPLE OF PALMERS COCOA BUTTER FORMULA, NIVEA, AND OTHER GIFTS FROM OUR SPONSORS. Call Now For More Information Tricycle Box Office Now 0207 328 1000.

Film London is delighted to support Images of Black Women Film Festival. Film offers a universal and unifying way of promoting London's cultural vibrancy, and film festivals help audiences to understand different views and beliefs from across the globe. As well as offering new insights and perspectives, film festivals acknowledge the range of creative talent in our city and from the international marketplace. IBW is the only film festival in London that is dedicated to promoting women of African Descent in cinema, giving audiences the opportunity to see some excellent films. I hope that cinema-goers from across the capital will enjoy its very strong programme of events, talks and screenings.
Adriane Wootton: CEO: Film London

IBW Film Festival Friday 27th - Sunday 29th March 2009
The IBW Independent Film Makers Competition has grown year on year, and this year has been exceptional in the entries, of which there were 40 with 8 finalists 10 Judges: This year's entries were, creative competitive and compulsory viewing for our judges who spent the afternoon of 27th February, mulling over, and furiously debating which were the two best entries that would win 1st Prize, 500.00 and 2nd Prize 200.00 for 2009 short film competition. Judges were: Rebekah Polding - Film London, Marcia Williams, UK Film Council, Andrew Woodyatt-Lionsgate Films, Actresses Ellen Thomas, and Dona Croll, BBC's Sue Caro, Channel Four's Angela Ferreira, Patrick Lewis - Viewers Panel, Lucy Pilkington - Virgin Media, and Dave Calhoun from Time Out. A formidable panel of Judges, to whom Images of Black Women is eternally grateful for their time expertise and advice. Winners Will be announced in the issue of our newsletter. Sunday 29th March 1:30pm - 2:15pm Short Film Competition Award

IBW proudly features the European Premiere of'From A Whisper', an endearing tale of two parallel lives of an artist and an intelligence officer; both indirect casualties on the August 7 US Embassy attack in 1998. They find comfort in the help they give each other to come to terms with the loss of their loved ones who they have been mourning for the last 10 years. Q&A with Director Wanuri Kahiu. TICKETS SELLING FAST ENSURE YOU HAVE YOUR PLACE OF THIS VERY SPECIAL FILM ONLY ONE SHOWING - DON'T MISS OUT BOOK ON LINE OR CALL THE BOX OFFICE NOW! Friday 27th march 2009 - 8.00pm (85 mins) EUROPEAN PREMIERE FEATURE FILM "FROM A WHISPER" £8.50/£7.00


Short: "Hair Piece" animated depiction of the antics performed by many black women in an effort to control their hair. Also by Ayoka Chenzira "Alma's Rainbow" follows - a hip urban sitcom with sepia-toned flashbacks. which recalls Spike Lee's first film, "She's Gotta Have It." The heart of the movie is the struggle between Alma and Ruby. Her live-for-the-moment manner sets an example for both mother and daughter, allowing Alma to take a Rainbow's transition from a street-dancing tomboy into a more sexually self-assured young woman. + Q and A with Ayoka Chenzira: Saturday 28th march"Hair Piece" + "Alma's Rainbow" 4:45 - 6:30pm (10 mins + 85 mins) TICKETS AVAILABLE ONLINE £8.00/£7.00

"Johnny Mad Dog" which closes the festival is an emotive film that tells the chilling tale of the phenomenon of the child soldier, and the effect his actions has on the strong central female character - Laokole after Johnny's "men" raid her town. As the film progresses, it becomes apparent that Johnny is desperate to break from the cycle of violence to which fate has condemned him and his "men". Winner of the Cannes Film Festival 2008, Prize of Hope Award. A insight into "real" life on the streets that could make for a sobering concoction of emotion, survival and realism. A must see for youngsters in London who think they have a "hard knock life". Very strong performances from both child actors. GUARANTEEDTO BE ONE OF THE MEMORABLE FILMS YOU WILL SEE THIS YEAR! BOOK YOUR PLACES NOW Sunday March 29th 4:30pm - 6:30pm(97mins.) Johnny Mad Dog by Jean-Stephane Sauvaire £6.00/£5.00

A must for all budding film makers and those wanting to sharpen their skills. The Documentary Film makers Group- DFG will be running a not-to-be-missed workshop with the aim to encourage, stimulate, promote and support the growth of a strong community of documentary film makers and film audiences, whilst working to promote documentary filmmaking talent and innovation in the UK. WORKSHOPS SPACES ARE LIMITED BOOK EARLY TOSECURE YOUR PLACE. Sunday 29th March - 11:00am-1:00pm Adult workshop by DFG: Documentary film production £6.00


Come and join us for this fascinating weekend, when we look forward to meeting you for debate on our celebrity panels, fun at our films, and education at our workshop. You can see the true talent of Black Female Film makers, not tobe seen anywhere else. Enjoy the film and network with like minded, and influential women in film. Buy your tickets now: Tricycle Box Office Tel: 0207 328 1000. Festival Enquiries: 0203 177 3904 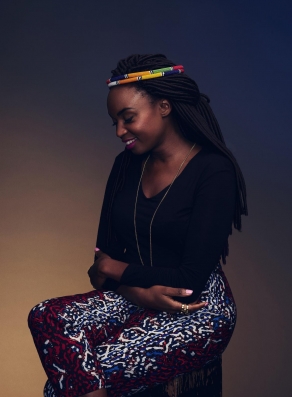 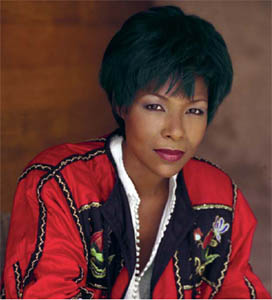 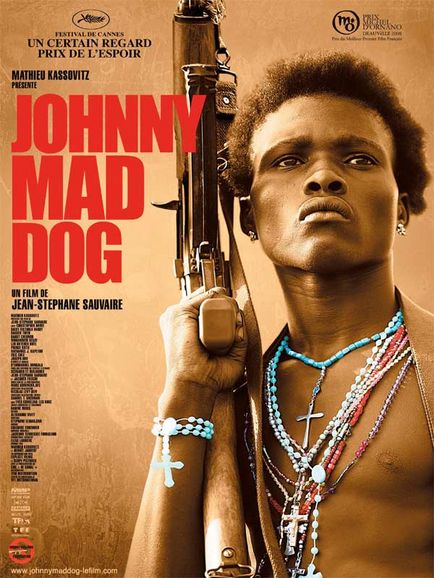