The bar "Chez Pierre"is a meeting-place for the inhabitants of Bejjad, a small town in Morocco. Pierre's death coincides with the departure of the French and the clandestine exodus of Jews to Israel and Europe: the bar is about to be closed...-
In the early 1960s, after Morocco's independence from France, many of the country's Jews clandestinely left for Israel. In Finemachiyamoshe (Where Are You Going Moshe?), the Jews of the little town of Bejjad plot their departure with the help of their rabbi. One thing, however, worries them: Will Berbeq'ha, the idiot who thinks he's a general, leave too? Once he learns of the Jews' plans, Mustapha, the bar-owner, panics; if all the non-Muslims leave, the Law will make him close the bar. How will he avoid such a disaster? He'll have to hold back one Jew! That's Hassan's idea, anyway. He's Mustapha's son and lover of Rachel, Shlomo's daughter. What will become of the Bejjad bar? 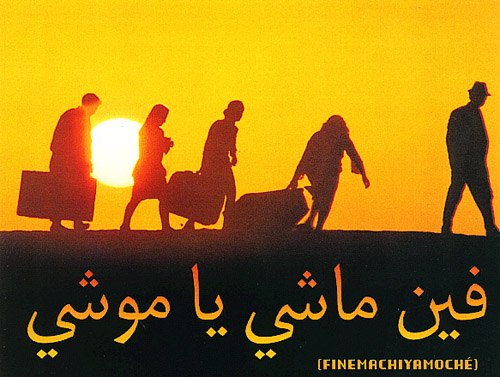 Where are you going Moshe?