The Pan-African Festival of Cinema and Television of Ouagadougou (FESPACO) organizes from March 3rd to 8th, 2012 the second edition of the Days of African woman Film-makers, JCFA in its French acronym, in Ouagadougou and Dédougou.


This cinema event has been created thanks to the combination of the wills of several stakeholders: the African woman film-makers, the Pan-African Festival of Cinema and Television of Ouagadougou (FESPACO), the partners, and particularly the Government of Burkina Faso.

There are a lot of projections on the programme of these cinema days: short and feature films, documentaries, TV and video series. These projections will take place at the French Institute of Ouagadougou and in Dédougou, the city which will host the national celebration of Women's international Day.

The topic of this second edition is "Women, cinema, and professional training". For this purpose, there will be a training workshop on "How to direct a project of a documentary film", a master class on "How to write and produce a feature film", and a panel centred on "Women and priority actions of the institutional partners and NGOs in Africa".

The closing ceremony will take place in Dédougou, where certificates and Sarraouinia prizes will be awarded.
These days are placed under the honorary presidency of Mrs. Chantal COMPAORE, the wife of the Head of State and sponsor of the FESPACO. 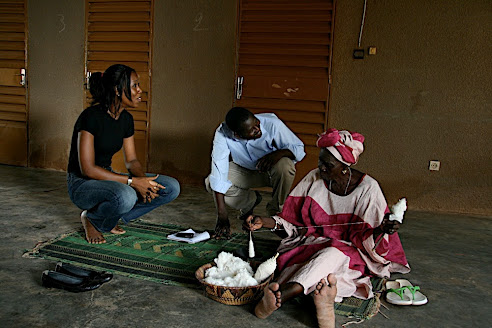