In the fading grandeur of downtown Cairo, Khalid, a 35-year-old filmmaker is struggling to make a film that captures the pulse of his city at a moment when all around him dreams as much as buildings are disintegrating. He is losing everything he loves: he is about to be kicked out of his apartment; the woman he loves is emigrating; and the death of his father has reawakened memories of his childhood, when Cairo and his country seemed a brighter world.
With the help of his friends who send him footage from their lives in Beirut, Baghdad and Berlin, he finds the strength to keep going through the difficulty and beauty of living In the last days of the city.

Director's Quote:
I am making this film out of love for my city and because I want to show its contradictions - its rising violence and invisible magic, and the story of our silence as we watch our cities being conquered by oppression, ignorance and extremism. In Cairo, like in every other city in the Middle East, there is the feeling that we can't keep going like this - the end is near, and it might be violent.

Statement of intent
I finished shooting in December 2010. Six weeks later the entire world was watching Cairo. It seemed that we were living what we had been longing to happen for years. Now, four years later I am finishing the film wondering how these images can feel so close and yet so far and how nothing seems to change while everything is changing.
(Takmil, JCC 2014, Tunis)
www.jcctunisie.org/eng/films-detail19.php?id_film=196 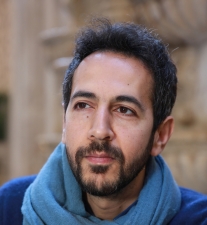