Utilizing the colors of the French Revolution: blue, red and white as a backdrop, this inventive experimental film focuses on the history of slavery in the Caribbean, especially in the French and English island of Guadeloupe. Contrasting the high ideals of liberty and equality expressed by the French Revolution and Napoleon with the horrible reality of slavery, events from the past are judged in a court of history. The basic framework is a giant courtroom drama in which characters from the 1810s mix with those from other eras, brought together in the present to re-examine the Ignace case" about a legendary figure in the history of Guadeloupe who fought against the armies of Napoleon Bonaparte to oppose slavery." 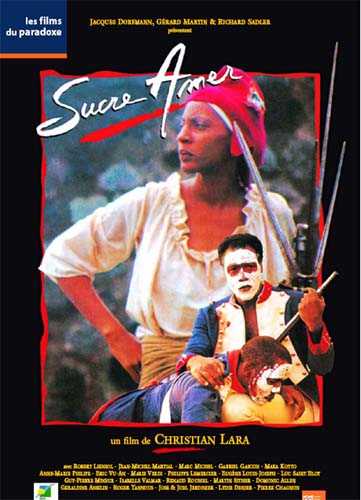