While Japan has just experienced a nuclear disaster, Masako, a theatre director, has only one thing on her mind: getting a play off the ground in her Tokyo theatre. The play is an adaptation of a manuscript left in Japan by an ulama during his travels a century ago, in search of a way to modernize the Arab world.
To play the theologian, Masako and her disciple Aska cal l onto the renowned Algerian actor, Agoumi. Amidst the troubled Arab Spring, the trio gets to know each other, each with his or her own story, his or her own skeletons in the closet.
Over the course of the rehearsals, they talk of the ulama Ibrahim's notes, of history, and of their countries. Their conversations take fascinating and sometimes funny turns. The play begins to take shape when Masako dies unexpectedly, leaving the troupe to handle her will. Despite the proscription against such practices on Islamic lands, Aska and Agoumi decide to scatter the theatre director's ashes in Algeria.
For them, another journey is about to begin.

A film by Malek Bensmaïl, Algeria

INTENTION
The manuscript of Ibrahim represents the foundation of this film. To look back at the story of this traveler from last century through a present-day perspective involves examining the alleged failure of the ‘Arab-Muslim' world and the history of the difficult transition from one world to another. For a narrative approach, I turned to The Rihla (the journey), an Arab literary genre that flourished during the Middle Ages. In The Rihla, the traveler's tale is a personal account that combines both the banal and the fantastical. It strings out a series of thoughts on the complex relationship between identity and otherness.
The topics of personal and societal chaos, journey and theatre will all be put to the test in the tumult of a film shot on the border between documentary and fiction.
Malek Bensmaïl
Lieux de tournage / Shooting place : Japan / Algeria / France
Langue de tournage / Shooting language : French, Arabic, Japanese, English
Date et durée de tournage / Shooting date and duration : 1st quarter 2013, 8 weeks
Format de tournage / Shooting format : Digital
Durée du film / Film running time : 110 minutes
Budget prévisionnel / Estimated cost of the film : € 2.5 Million
Financements acquis / Financial arrangements already acquired : € 0.3 Million 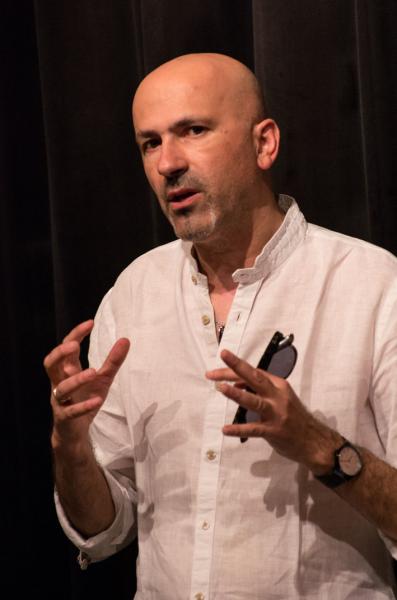