"The situation in Latin America: crisis between the traditional values of the Iberian culture and the current tragedy of underdevelopment. It is a state of trance. Ideological, cultural, economic, political, moral crises. A continent without defined values, constantly threatened by the civilized world. It is a state of trance. In our society, everything remains to be done: opening roads in the forests, populating the deserts, educating the masses, dominating the rivers, promoting work. In our cinema, everything remains to be done: techniques, aesthetics, distribution, exploitation, production. All simultaneously. We must make our cinema whilst our characters try to make History. It is a state of trance.
A cinema which doesn't accept the past, which doesn't accept cultural influences, a cinema which debates between novelty and inexistence, is a cinema in a state of trance. Beauty and justice are romantic ideals. I hate the heroes of this film and, for this reason, I have no desire that they fascinate the public. My hero, a poet whose language is impotent because, in his world, beauty has already been overtaken by reality, prefers anarchic death to an existence oppressed by fascism. Between God and the Devil, between Left and Right, these characters, gripped with anxiety, alienation and eroticism, debate alone in anticipation of destiny. A destiny they must reach through violence, through the aesthetic and moral disorder of violence."
Glauber Rocha, 1967
in Théâtres au cinéma/Glauber Rocha. Bresilan Cinema Anthology, from the 1960's to the 1980's, Nelson Rodrigues - Magic Cinema Collection

A film by Julio BRESSANE 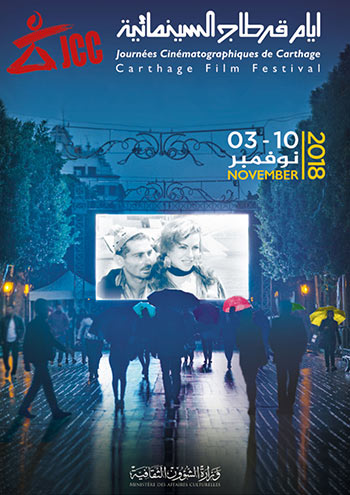