The 1980s Bollywood film, Janitou, holds an important place in the collective memories of the Algerian people. The film became an overnight, unexpected sensation and permeated all strata of society. Searching for Janitou is a road film, a journey undertaken in Algeria, going into people's homes and asking them about their stories of love.

Anusha Nandakumar graduated from the Satyajit Ray Film and Television Institute. She was awarded the prestigious national award, The Silver Lotus by the President of India for her short documentary The Boxing Ladies in 2011. Mohamed el Amine Hattou directed the short fiction Down to Earth and is an alumni of Berlinale Talent Campus and Talent Campus Durban. 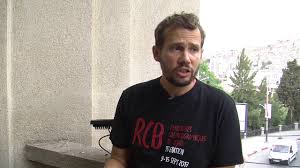