Three girls : Samia, Selma and Sara. Three odd sisters, cloistered for way too long on an isolated farm by a despotic father bent on preserving their virginity at all costs. But then he dies-and his daughters, after conducting an unlawful burial, find themselves somehow unable to leave. Despite the memories, the debts, the recession or the visitors: the banker, the Moroccan angling for a wife and their father's sister. Carried by the masterful improvisations of three actresses of great power and emotional range (singer Lamia Ryl, Sofiia Manousha and Ouidad Elma), 7, rue de la Folie blows stereotypes sky-high to reinvent social engagement and feminism in a modern-day fable that's singular, to say the least. In his first, self-produced fiction feature (which bears the picturesquely apt name of the Belgian farm where it was filmed), Belgian filmmaker Jawad Rhalib (Le chant des tortues) uses humour and heavy symbolism to denounce the dangerous temptations of withdrawal and communalism along with the violence and hypocrisy that unfailingly ensue.

A film by Jawad Rhalib 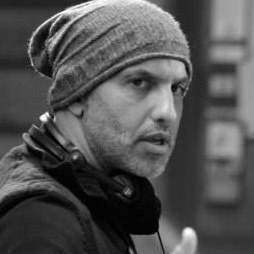