If cinema is very colorful for some people, for Jimmy it's a lifestyle. Jimmy is a young Moroccan, about thirty, who lives in a shantytown of Morocco and embellishes his marginal's daily life of depravity, social and affective misery by taking refuge in an imaginary world where disco, elephants and Indians palaces get all mixed up. He inherited this world and the passion for Bollywood from his late father who was a projectionist. In particularly, the movie "Disco Dancer" that was released in 1982 and which he devotes a never-ending cult to. This movie that he discovered the day his father died and that he apes down to the last detail: the look, the dance, hairstyle, walk, expression...

A film by Yassine Fennane 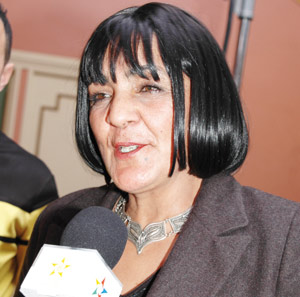