Until then, South Africans were mostly renowned for their rugby. Indeed, the national football team has been formed only in 1992. In no time, Bafana Bafana, as they are called, quickly became the talk of the town when they won the African Cup of Nations in 1996. Children of Mandela and symbols of the South African democracy, the Bafana Bafana enjoy immense prestige in the country. The youth living in the townships of Soweto or Johannesburg became aware of their new citizenship through their example. 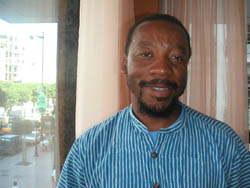