Since her husband went to jail, Hala has to face her suicidal thoughts alone. Her strength has to come from within as society does not help nor forgive a depressed woman, especially if she is a mother.

Hala has been living with the fear of abandonment since her father passed away when she was 18. She has clinical depression and tries to commit suicide several times, but she never goes all the way; she always leaves a little room for someone to rescue her. Now her loving husband, who would always come to the rescue, is facing trial for a simple mistake at work and she's left alone with her suicidal thoughts and a six-month-old daughter. She must find a way to change in order to carry out her duties as a mother and as a good wife to her jailed husband. Hala's main problem lies in facing herself, her fears and depression, and being there for her husband and her daughter.

A film by Hisham SAQR

This film is director's debut.

DIRECTOR'S STATEMENT
I made a film about the idea of loss and how one can surprisingly find the inner strength to deal with it. It is about how a normal person who is emotionally fragile copes with this; incomprehensible emotions such as anxiety and depression that lead to suicidal thoughts. I have personally gone through all these feelings and thoughts so I started to think: What if the main character was a woman who has just had a child? Society is asking a lot of her, especially when being a mother and having her own child adds much more to the illogical fear and anxiety of losing even her own new-born girl. These complex emotions and how she finds a way to cope with them is what I am examining in my film.
Hisham Saqr (White Feather)

Producers' filmography
Hisham Saqr started the project with his own company (White Feather) then joined the production of Mohamed Hefzy's Film Clinic, the award-winning company that has participated in many international festivals including Cannes' Un Certain Regard with Clash as an opening film in 2016 and Yomeddine in the main competition in 2018. Along the way, Mohamed Samir (DayDream Art Production) came on board as a co-producer. Samir has produced Factory Girl for the acclaimed Egyptian director Mohamed Khan and since then he has been focusing on 1st and 2nd time films for new upcoming directors. 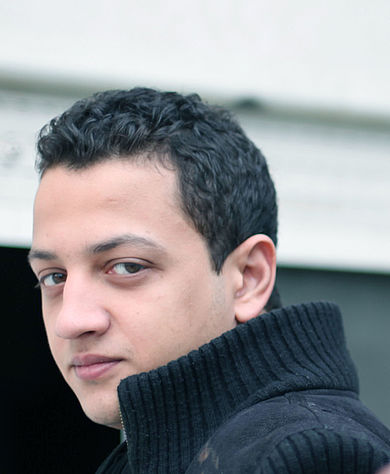