After the postcolonial socio-cultural upheaval in Africa, the griots caste has gradually become a caste of professional musicians.

Ganda is an exception: he has remained in the pure tradition of the griots by perpetuating the transmission of the values ​​of the Soninke society and the African collective memory. When he dies in 2009, it is the baobab that collapses, the memory of my society that may be extinguished. I decided to repeat the last Ganda's trip, from Paris where he died to Marena near Kayes in Mali where he is buried. His old friends will tell us his unique story and, by analyzing the meaning of his words, we will understand the prominence of singing and music in the lives of Africans.
Documentary, Senegal / France
Author-director: Ousmane Diagana
Picture: Tarek Sami
Sound: Adama Diarra
Editing: François Vivier
Co-production: Impluvium Productions, Melody TV With the participation of the National Center for Cinema and Animated Image
With the support of Procirep - Company of Producers and Angoa, the Department of Charente-Maritime and the New Aquitaine region in partnership with the CNC, Africadoc as part of the Lumière d'Afrique collections 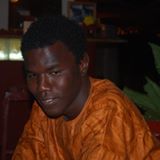