Visitors to the temples of modern art in global cities will be familiar with the white cube gallery space. But when one arises in the middle of a Congolese palm oil plantation, the effect is deeply disorienting. Furthermore, it draws attention to the often overlooked ties between colonialism and the art world, for example, through the multinationals that now proudly sponsor these Western museums.

This Congolese arts center is part of artist Renzo Martens's unorthodox plan to jump-start the local economy. Former workers at the plantation make sculptures that are reproduced in chocolate, and then exhibited in New York. The plantation workers, most of whom earn a dollar or less a day, use the profits from this successful exhibition to buy back the land confiscated from them by Unilever.

This documentary sees Martens continue on from Enjoy Poverty (2008), in which he encouraged impoverished African people to use photography to exploit their own suffering. On that occasion however, the film established that the local population earned nothing from their efforts. This new film documents an attempt to reverse the flow of wealth and use the privileges associated with the art world to bring about real change. 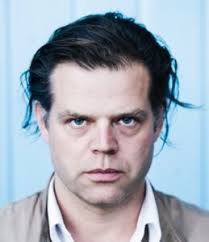