"La Septième Porte" (The Seventh Door) is the title of a 300-page film historical work dedicated to Moroccan cinema between 1907 and 1986. It was written by Ahmed Bouanani (1938-2011) by hand over many years, but was never published. Neither his contribution to film history nor the five films (four of them shorts) he made between 1966 and 1980, which also pursue the politics of memory, could count on support in postcolonial Morocco. Ali Essafi's portrait film equally takes a stand against the state-driven policy of forgetting. He visited Bouanani three years before the latter's death. The filmmaker, poet and novelist who also made drawings was leading a reclusive life in a remote village with his wife Naïma and many cats, living in the midst of huge piles of books and manuscripts, those that had been spared from a devastating fire. He was physically frail but unbroken in spirit. The discussions about how he saw his position, censorship, the filmmaking ban he received and his work as a film editor are combined with film excerpts, photos, a TV interview and other documents to map out the contours of an independent artist and his oeuvre that are both full of integrity.

a film by Ali ESSAFI

Written and Directed by
Ali Essafi 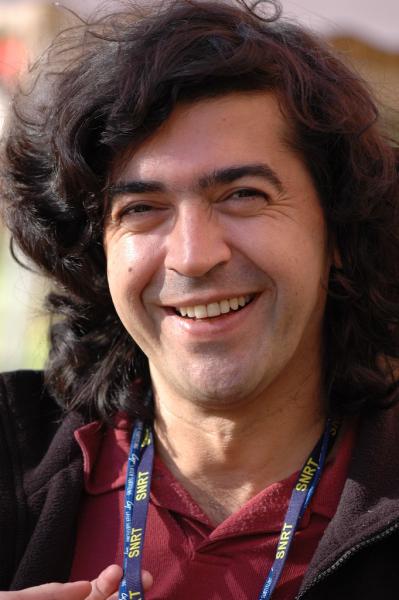