Aisha, a Somali carer for elderly patients lives in an Egyptian neighborhood witnessing the underworld of African society where there is tension between the groups. Stuck in a loveless relationship, routine and pressure of dreary work lead her into an impasse.

Aisha, a Somali young woman of 26-years-old who works as a health carer for elderly patients, lives in Ain-Shams a neighborhood in the heart of Cairo where she witnesses the underworld of growing African migrants' society and the tension between the different groups. Routine, pressure of dreary work and being stuck in a loveless relationship with an Egyptian cook; while being involved with an Egyptian gang that controls her neighborhood and blackmails her to steal apartments' keys from the old patients, makes her dreams and violent nightmares cross to her reality and leads her into an impasse.

The story I'm telling takes place where I spent my childhood and early teenage years. When I returned after years, an African community had emerged within the heart of Cairo. They came from different countries looking for work, peace or asylum away from war and starvation. They formed their own world with their own terms and rules. Some worked hard in under-paid jobs for a living but others rebelled against their inevitable fate of acquiescence and became outlaws, but for both sides and their families just surviving the day is considered heroic.

While riding a microbus there, an African girl with a tired face sat beside me and slept; she woke up frightened and went into hysterical crying. I wondered a lot about that girl's background. Then my character, Aisha, started to answer my questions; a lonely girl trapped between the two survival mechanisms of her society facing the same social pressure from a bigger universe which is the Egyptian society, and despite living among people who resembles her in color. This is not enough to make her feel belonging but it is enough to make her feel alienated; like the ostrich, a bird that can't live with them and can't fly one meter above the earth's surface.

This is what I want to show in this film by following Aisha's life and capturing the slow effervescence under the surface of her calmness till the point of despair then explosion. 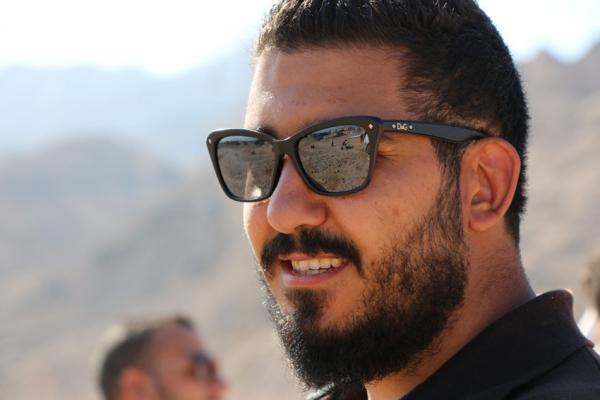