Shots ring out one winter night and a bullet meant for a local street dealer kills a ten-year-old boy. In the downtown Toronto community of Parkdale, grief and suspicion hang heavily in the air, while the nightly patrons at Miss G's Caribbean TakeAway resume their ritual of beer and banter. But one of them, Gene Wright, cannot go on. He begs his friends for help. In a most unusual development, six Black men make a pact to form a support group in hopes of salvaging their broken spirits and redeeming their besieged community. A Winter Tale is set against the backdrop of a multicultural community's unrealized hopes and dreams. Bitter and tragic, funny and hopeful, the film not only tells a uniquely Canadian story that features Toronto as a central character, it also tells the universal story of Black men looking to assert their humanity in this world.

Known as Jamaica's First Lady of Theatre and Film, Leonie Forbes began her career training at the Royal Academy of Dramatic Arts in London. Her talent established her as one of the Caribbean's most respected artists. She has received many awards including: the Order of Distinction from the Jamaican government; the silver and bronze Musgrave (top awards of the arts, culture and science in Jamaica); and the Institute of Jamaica's Centenary Medal. Forbes has also worked as a radio broadcaster and programmer in Jamaica.

1995 Genie Nominee Peter Williams who stars in the film alongside Ms. Forbes, is one of Canada's finest actors. Williams has built his impressive career acting in Canadian films such as "Soul Survivor," directed by his brother acclaimed Hollywood director Steven Williams, and "Love Come Down" directed by Clement Virgo, as well as many Hollywood film & television programs like "The Chronicles Of Riddick" and "Stargate SG-1". 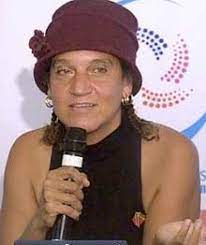