Manno (Emmanuel) Charlemagne, born 1948, is a Haitian political folk singer, songwriter and acoustic guitarist, lifelong political activist and former politician. He recorded his political chansons in both French and in Creole. He lived abroad in exile twice, both during the 1980s and again during the years 1991-1994, when the country was ruled by a military junta led by Raoul Cédras. In 1995, Charlemagne was elected mayor of Port-au-Prince after running as a candidate of Jean-Bertrand Aristide's Fanmi Lavalas political party. He was mayor until 1999.

(From Wikipedia, the free encyclopedia) 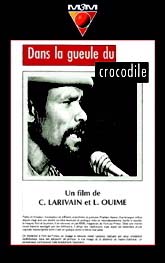